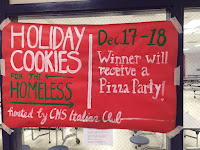 From December 17th-18th, I ran and  participated in Italian Club's 4th annual Holiday Cookies for the Homeless Drive. 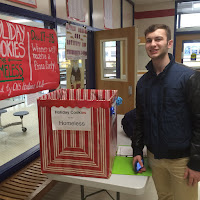 The Holiday Cookies for the Homeless program was started by Howard County resident Lisa Jablonover as a way to give back to those less fortunate by baking homemade holiday cookies and distributing them to the Day Resource Center - a Grassroots program that provides meals, showers, limited laundry and social services to homeless individuals and families in Howard County, Maryland.

This year, the Day Resource Center received an astounding 1,700 cookies thanks to everyone's collective effort- almost half of this amount came from the Italian Club. We were able to increase our donation count from last year and support more people during the holidays.  A shout-out goes to several other Centennial High School clubs for donating cookies - Red Cross, Salvation Army, Culinary Club, Model Congress, Model United Nations and Guitar Club.  Huge thanks you to my grandmother for making this event possible by introducing me to Ms. Jablonover in the first place and donating cookies. 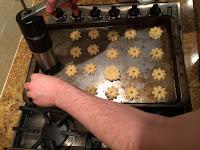 Charles and I first participated in the program back in 2011(click here) when our Grandma Alberta introduced us to the program's founder Lisa Jablonover.

From 2012-2014, we got our high school Italian Club involved in the the program (see here for 2012) and challenged other school clubs to a bake-off competition.  The winner receives a pizza party courtesy of the Italian Club (see more here for 2013 and here for 2014). 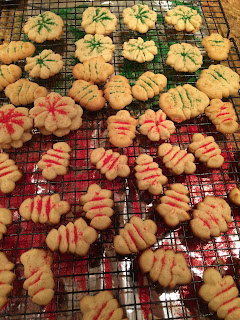 I decided to bake festive cream-cheese cookies this year. The ingredients are as follows, for about 3 dozens cookies: 3 ounces of cream cheese, 1 cup of salted butter, 1 cup of sugar, 1 egg yolk, 1 teaspoon of vanilla, and 2.5 cups of flour.


Remember, just because the 2015 holiday season is over, doesn't mean that Grassroots doesn't need our help. Contact Grassroots here to find out more ways you can help out. 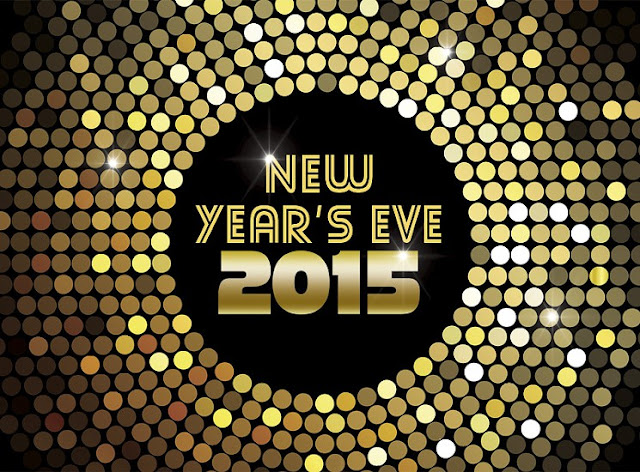 Get read to boogy down, drink champagne and indulge in fabulous food. It's New Year's Eve 2015! Here are some places that are still taking reservations in Hoco if you're a last-minute larry: 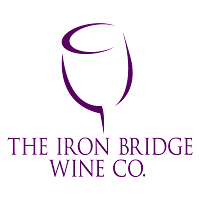 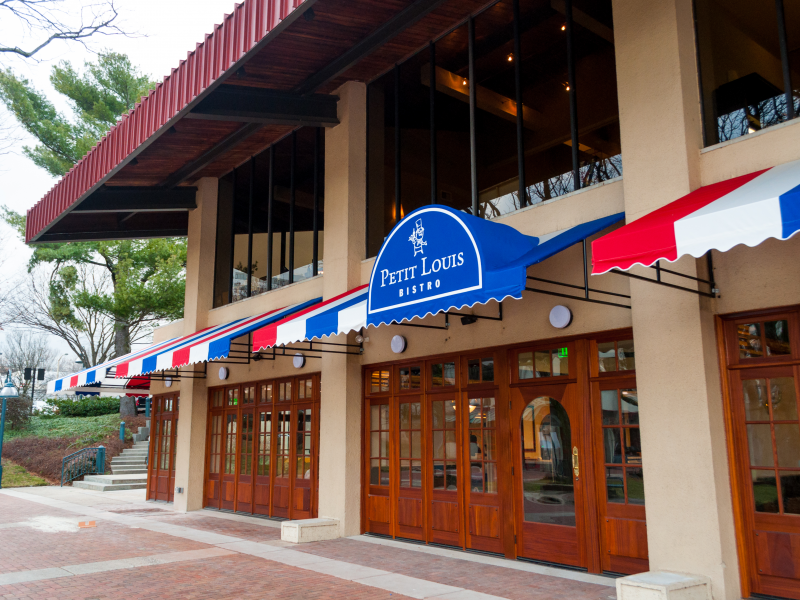 Bonjour Petit Louis, it has been awhile.

Arranged by my high school French teacher Madame Doff, Petit Louis welcomed my French class for a 3-course lunch to introduce us to French cuisine.
During the course of two days, Petit Louis served lunch to over 200 French students from Centennial High School. This is actually my first time eating at the bistro section of Petit Louis (click here to view our Petit Louis comptoir post).


My first impression of Petit Louis -  it made me feel as though I had been transported halfway around the globe to an authentic parisian bistro. The dark wood paneling, bistro chairs and tables and the intimate lighting all create a cozy and sophisticated atmosphere that screams French.

Once our student group was seated, we were warmly greeted by CEO Tony Foreman who spoke to us about the restaurant and our lunch ….and ready for this -  IN FRENCH. That's right, Mr. Foreman, the noted celebrity restauranteur - who along with acclaimed chef Cindy Wolf has several other award winning establishments including Charleston, Pazo, Chinghiale, and Johnny' -  took the time to help high school students improve their French. That's really cool. 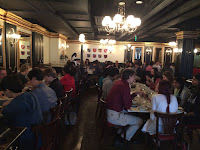 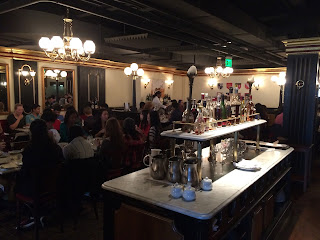 Immediately following Mr. Foreman's speech, a parade of servers with family style-food trays rushed out of the kitchen. It was reminiscent of the "Be Our Guest" movie scene from Beauty and the Beast. The waiters were so happy to serve us and explain each dish. We were off to a great start. 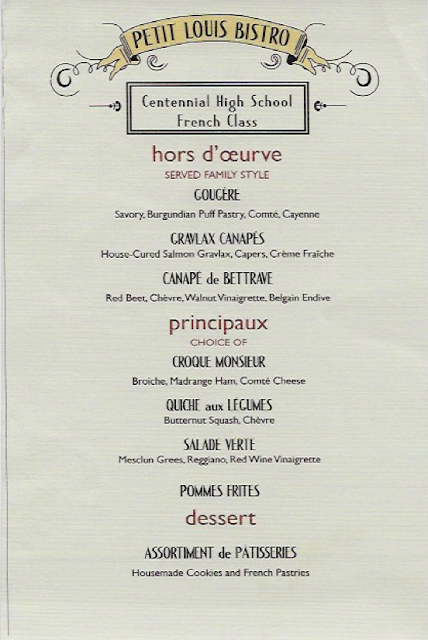 The hors d'oeuvres included gourgères, canapé de bettrave, and gravlax canapés. What's a good french bistro without remarkable pastries, right? Petite Louis did not disappoint. Even though this was my first time trying gourgères, this certainly won't be my last. This savory and puffy choux (light pastry dough) pastry filled with gruyere cheese was perfection - warm and buttery, melt-in-your mouth goodness.


The canapé de bettrave (red beets, chèvre, walnut vinaigrette, and belgian endives) was also terrific. I'm now totally enamored with endives. It tastes like a less bitter and thinner version of celery. When paired with beets and chèvre cheese it was a great mix of sweet, salty and crunchy.  The gravlax canapés were a hit for me too and had the same feel (sweet, salty and crunchy) but in a different way. The combination of the house-cured salmon with salty gravlax capers and sweet crème fraîche sitting atop crunchy, thin toast slices is mighty good.

The pomme frites were quickly eaten up at my table, but I can't blame them. Long and thin fresh cut potatoes, lightly crispy with a hint of salt.  It was hard not to eat the entire bowl.

Each slice of the quiche aux légumes (butternut squash and chèvre) had a deliciously light pastry crust filled with generous amount of sweet butternut squash topped with fluffy cream, eggs and cheese filling.  PL quiche is tall and thick, just the way I like it. Some students got full on the other entrees before they ate their slice, which just meant more for me. Yep, I had 2 slices.

The Croque Monsieur was probably the biggest hit at my table. Again, the emphasizes was on fresh, homemade ingredients. Each individual ingredient was perfect in and of it self. Put together and grilled it was  a masterpiece. The students at my table commented that they could eat this "ham and cheese" sandwich everyday for lunch.


For dessert, we received an "assortment de patisseries" (housemade cookies and French pastries). Unfortunately, I couldn't take a picture because it was eaten up so quickly but trust me when I say it was all good too.

After trying Petit Louis' bistro section, I have a newfound appreciation for all the effort that's put into making the meals. There's a lot of love going on in that kitchen. I really respect that a well noted restaurant would take the time to help 200 local high school French students in their educational endeavors. I hope they invite us back next year.

Posted by Unknown at 5:40 PM No comments: