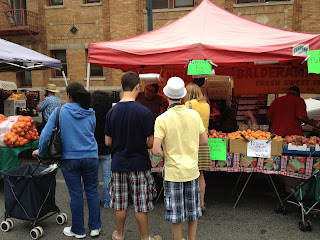 We visited the Santa Monica Farmers Market while we were on vacation in Los Angles recently.

The market is sooooo HUGE it encompasses four full streets lined with farm stands containing the most amazing variety of fruits, produce and farm products.

According to the Santa Monica Farmers Market website, this Wednesday market is the "largest grower-only certified Farmers Market in Southern California".  Since its start in 1981, the market has grown in its 31 years and now attracts approx. 9,000 food shoppers and many of Los Angeles' best chefs and restaurants.


What we saw and learned at the Market is too much to capture in one blog post but here are some highlights...... 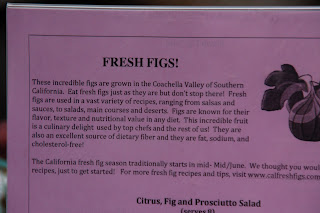 These are fresh figs grown in Coachella Valley of Southern California. 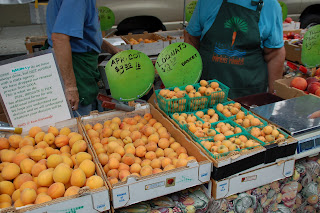 These oddly shaped fruit are called Loquats and are actually native to southeastern China.


An assortment of blueberries, raspberries (red & white) and blackberries.  The white raspberries are sweeter than the red variety. 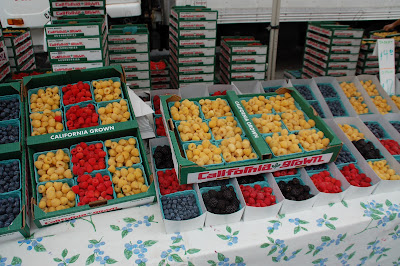 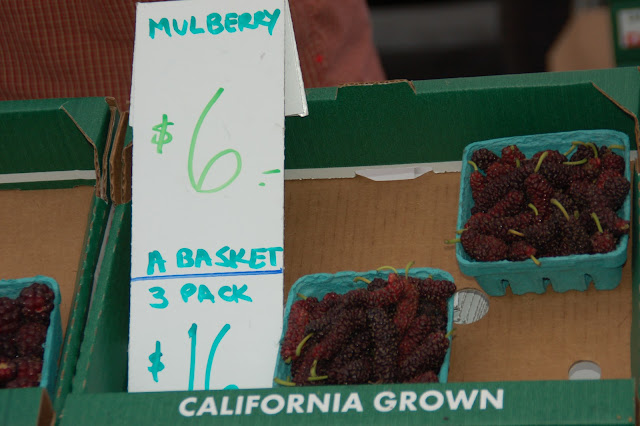 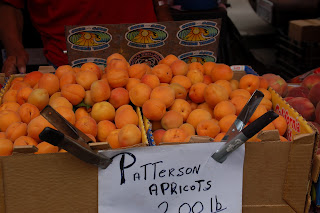 A mulberry has a unique tart-sweet taste. The black mulberry is generally considered the best tasting of the various mulberry species. 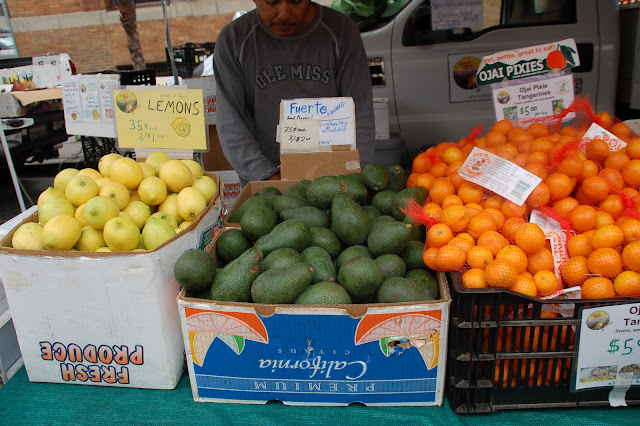 Fuerte avocados are consider better tasting than its cousin the Hass avocado. The later is more widely known because it has a thicker skin and can travel better than its thin skinned cousin. 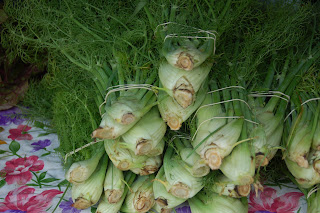 This is a vegetable called fennel. It may look like a different variation of lettuce but this veggie tastes like black liquorish. 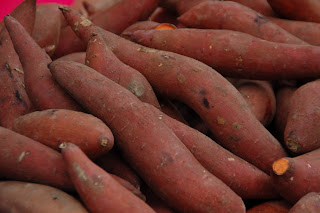 Interesting fact about yams: Yams are usually grown in Africa and sweet yams are grown in the US. Yams are low in sugar, sweet and very nutritious.  White potatoes contain more sugar but less vitamins and aren't as sweet as yams. 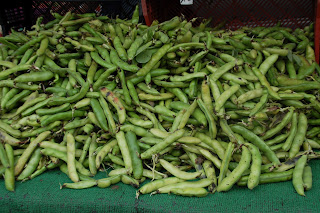 Fava Beans can be cooked in a number of ways.

These Chioggia beats are red and white striped. They are much smaller than the average beat but are  sweeter as well. 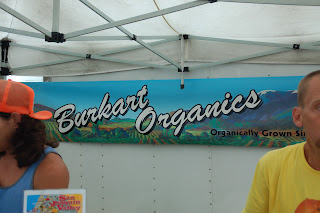 Farms like Burkart Organics drive four hours down from northern California to sell their food in Santa Monica's farmer market. The farmer said he loves what he does despite the hardship of driving because the smiles on his customers' faces is all the pay he needs. 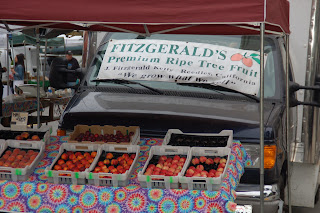 We couldn't resist buying fruits to take back to our hotel.  These didn't last very long. 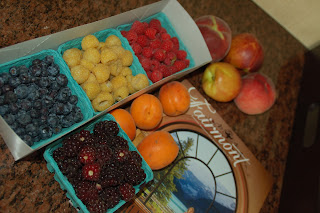