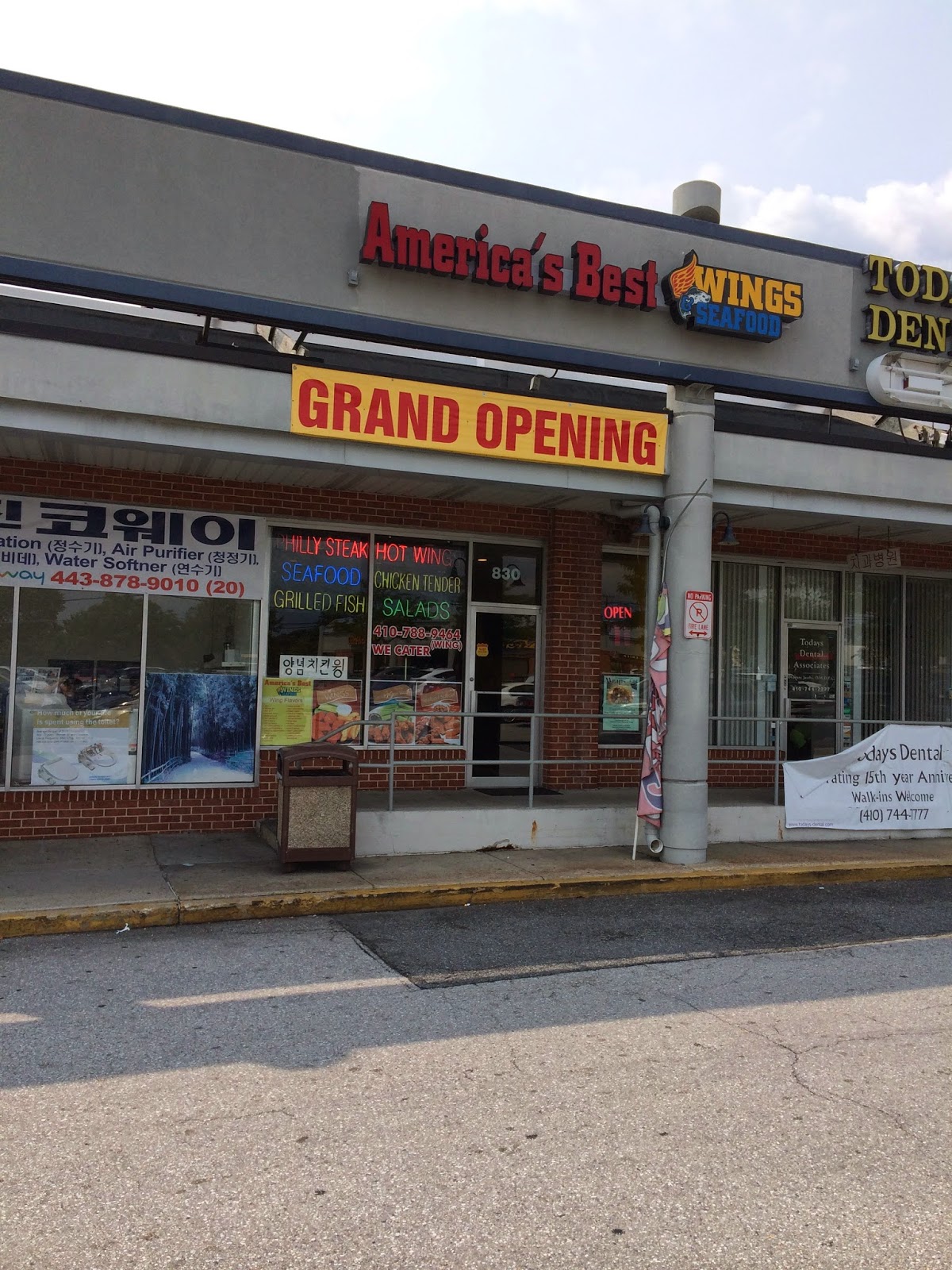 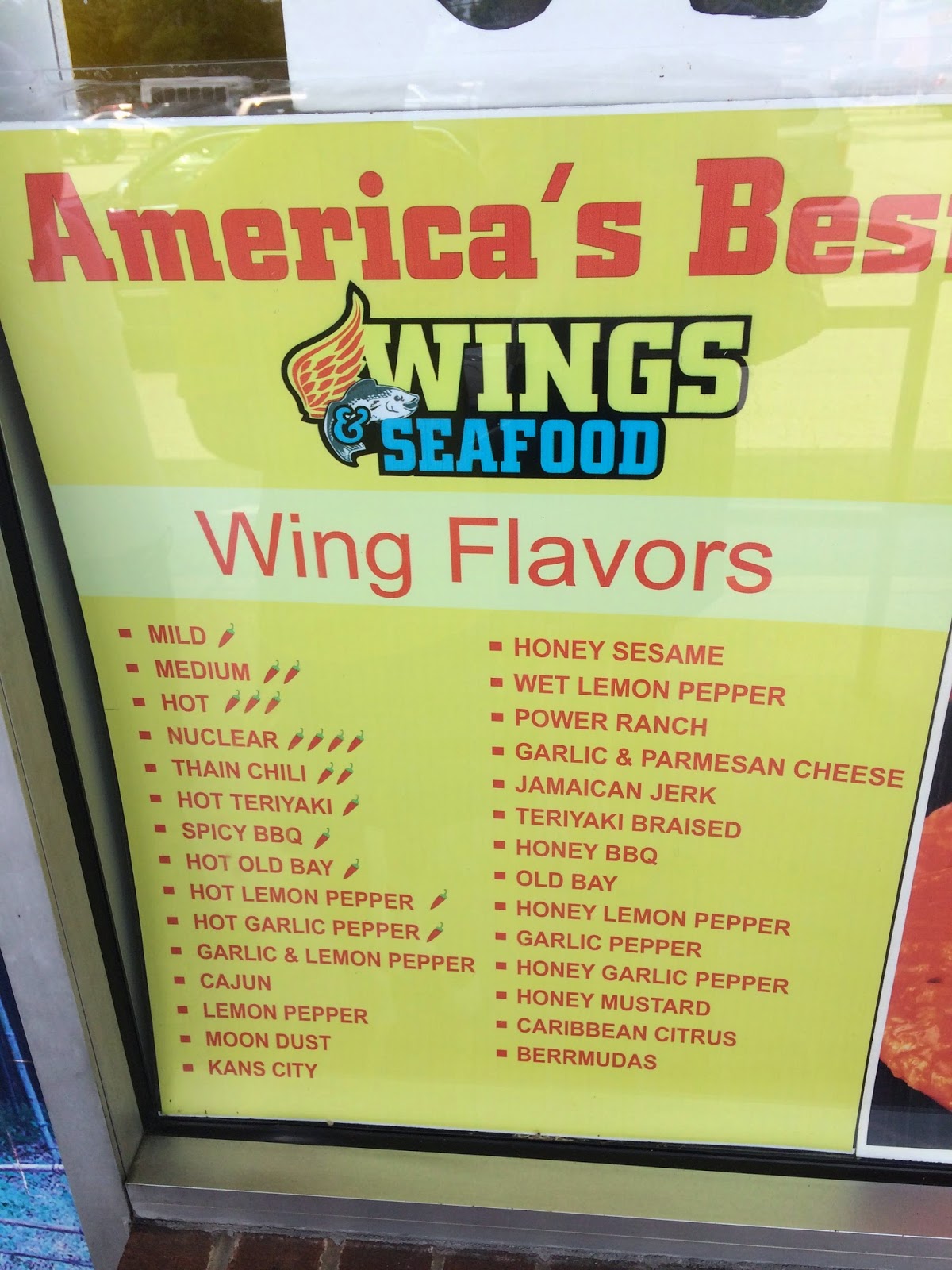 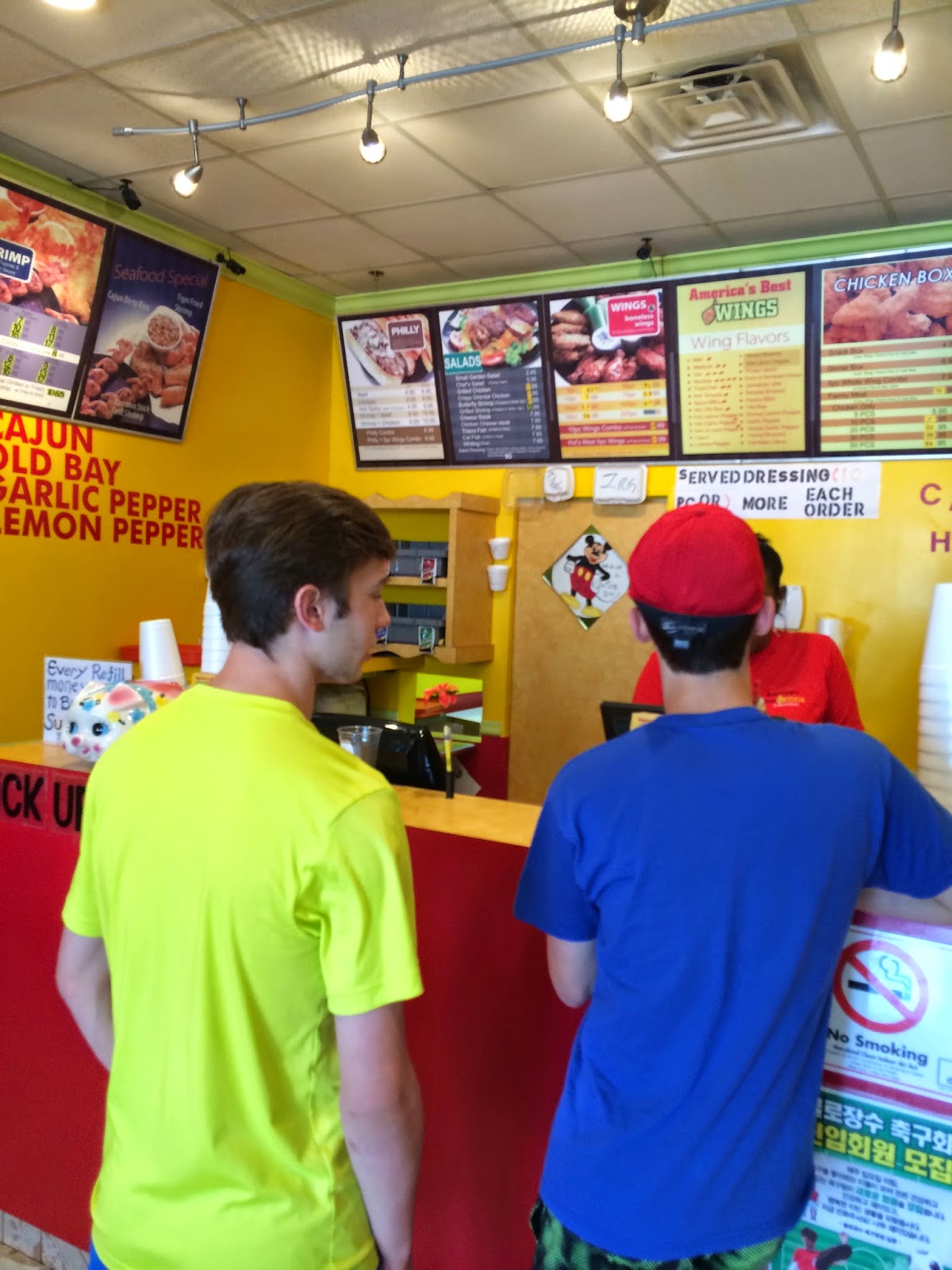 It's National Chicken Wing Day. We celebrated at America's Best Wings and Seafood in Catonsville.


With 29 wing flavors, regular or boneless, we were hopeful we'd find least one flavor that we would like.

The store is very small with just a few seating options. But the service and the food made up for the lack of atmosphere.

The lady taking our order, Lecretia Kelly, was extremely nice and so excited to help us. She suggested Old Bay and Garlic Parmesan Cheese - two flavors we probably would not have order ourselves. Ms. Kelly explained that we could order different flavors for every 5 piece wing we ordered.  So we took her suggestions and ordered both 5 pieces of the Old Bay and Garlic Parmesan Cheese wings plus 5 pieces of the traditional Honey BBQ for a total of 15 wings ($12.40).

We were surprised how much we liked the Old Bay flavor.  This flavor was more of a rub with just a hint of Old Bay, exactly like Ms. Kelly explained to us. It didn't overpower the chicken, it was just a tiny kick of spice. The chicken wing had a slight crunch on the outside but nice, tender meat on the inside. 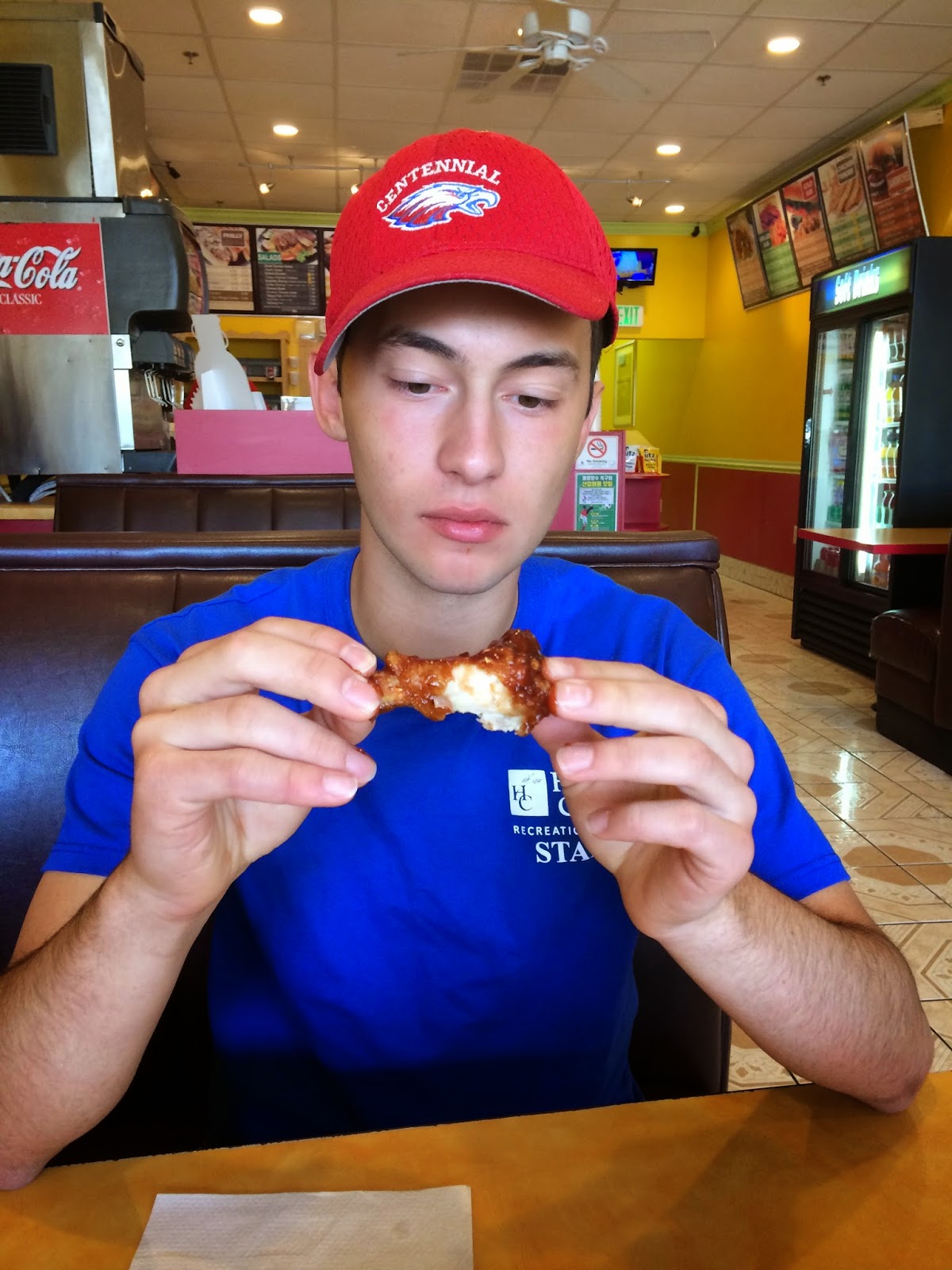 The Garlic Parmesan wings were interesting.  As Italian Americans who use lots of garlic and parmesan cheese in our cooking, we never thought about putting it on wings. But it works. And Ms. Kelly was right again - this rub flavor had a smooth, buttery taste with a zing of garlic and predominance of parmesan. It tasted similar to the Italian chicken cutlets we make but without the seasoned bread crumbs. Definitely a hit.

While traditional, we liked the sweetness of the Honey BBQ flavor wings. It is a good mix of honey and BBQ - neither one over powers the other. Although the sauce can get messy (to be expected with wings) it was never too wet or runny. The sauce stuck to the wings and to our fingers. However, nothing that a napkin couldn't solve.

We would definitely order wings from America's Best Wings and Seafood again. In fact, we'd consider ordering their wing platters in 50, 75 and 100 count pieces for a party.  We'd also like to try some of the other menu items such as the sub special - $6.99 with fries and drink or the fried seafood specials, 2 fried fish (Whiting, Lake Trout, Tilapia or Cat Fish) and shrimp for $9.99.