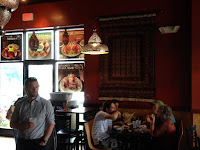 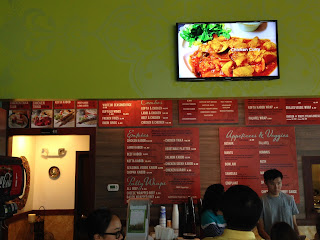 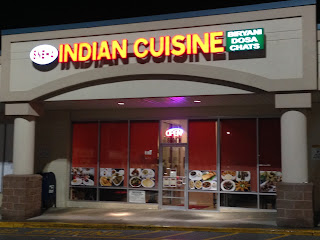 2 Dudes Who Love Food finally take on Indian food at Sneha Indian Cuisine. The restaurant opened up last June and has been featured in the 50 Best Restaurants for the 2015-2016 year in Baltimore Magazine. Charles and I are not too familiar with Indian cuisine, so I invited my friend Vignesh. 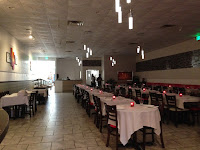 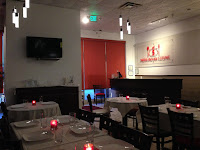 The establishment is essentially one large, spacious, and dimly lit room. There's a candle on each table to compensate for the darkness, but the thick closed curtains in tandem with the overall dull light fixtures eclipse the brightness of the candles; the lighting remains faint. 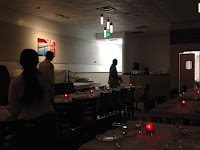 The owner, Ravi Kuriseti, walked us through the menu and informed us, based on the spiciness and sweetness of the dishes, about which items we would prefer. According to Mr. Kuriseti, the crispy kale chat and kabob appetizers are very popular among customers, so that's what we selected for our first course.

The crispy kale chat is comprised mostly of kale, tamarind, ground flour, and yogurt. This dish is very unique to say the least. The crispiness of the kale combined well with an extremely sweet sauce- intensely out of this world savory when it first hits your tongue but not sugary sweet. I would definitely get this unique appetizer again and recommend that any newcomer to Indian food order it as well.


The paneer tikka (kabob appetizer) contains mostly paneer, onion, tomato, green pepper, and yogurt. In case you were wondering, paneer is a type of acid-set and unaged cheese common in South Asian cuisine. At first I was mislead by its taste into questioning whether it was some sort of meat (thick, hardy texture and taste could be comparable to a bland type of meat). However, I was pleasantly surprised to learn the aforementioned facts about it from my friend. Overall, I believe that it's a great meat alternative but not my cheese of preference.

I selected the chicken tikka masala for my entree - mostly consists of boneless chicken, cream, fenugreek, and tomato. Besides the abundance of flavor in every bite, the best part about this dish was the creamy and rich sauce. Even when I had no more fork-tender chicken left to eat, I dipped the naan in the sauce to just savor the sauce another time, and again, and again (always wanting more from that last bite). My only gripe was that the chicken tikka masala ratio of sauce to chicken was about 3:1. Although I loved the sauce, I would have rather had more chicken.


Vignesh tried the paneer makhini (mostly paneer, cream, and tomato). Vignesh concurred with me about the creamy factor and added that it was not too spicy, but just right for this type of dish. By the way, if the entree I ordered and the one Vignesh ordered looks the same, it is because they have similar ingredients.

Charles selected the navratan korma (mostly mixed vegetables, cashew, yogurt, adn mace). Much like Vignesh and my dish, it was spicy creamy. However, Charles emphasized that it was too spicy. Vignesh and I had a taste and dissented with his statement. So, if you're not that into spicy cuisine, I wouldn't order this. In addition, Charles wanted a more thick texture instead of the more or less soupy nature of this dish. On the bright side, Charles enjoyed how he couldn't distinctively taste the cashew, but how its flavor influenced the entire meal.

For dessert, we all shared the rabri. For such an amazing dessert, it has only two ingredients: milk and sugar. Like that wasn't special enough, the process of making a large vat of it takes almost half a day! The time put into this delicacy really shows as you can taste the variations of smooth to coarse textures and everything in between (not to mention the incredible sweetness). 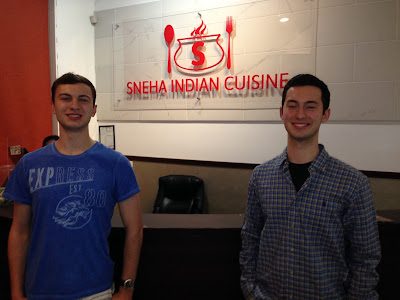 If you're familiar with Indian cuisine or want to broaden your palette, I strongly suggest trying Sneha Indian Cuisine. Let me know what your thoughts are about the restaurant in the comments.