It's Thanksgiving and we have many things to be grateful for.

Last week, we were voted the 4th top food blog in the Baltimore Sun's Mobbies competition. Thank you to everyone who voted for us!

This week we're celebrating the holiday with family and friends. Our family Thanksgiving tradition is to create a large homemade dessert table filled with a crazy amount of different types of sweets.

So we decided to contribute a homemade dessert. We found a recipe for Classic Cheesecake
(our favorite dessert!) on FoodNetwork.com -  http://bit.ly/FNCheeseCake 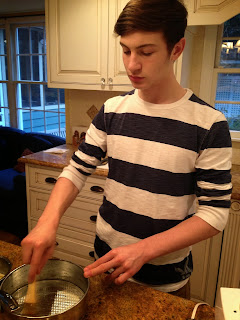 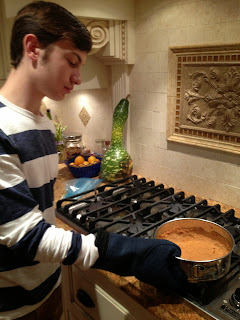 Mix the remaining butter with graham cracker crumbs, sugar and a pinch of salt until it's well mixed and crumbly. Then press the crumb mixture into the bottom and sides of the springform pan.  Bake and cool. 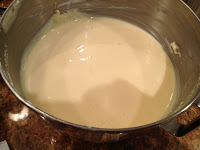 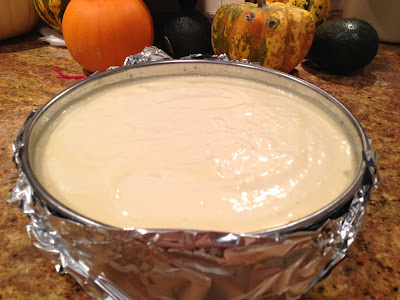 Pour the cheesecake batter into the pan. Then wrap the bottom and sides in tin foil 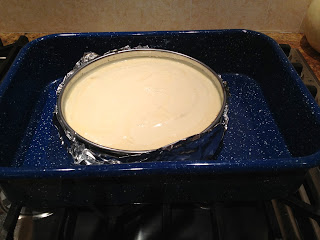 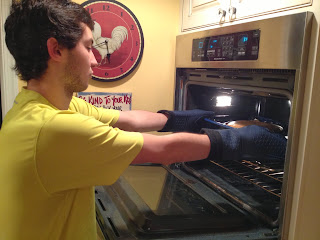 Pour hot water around the cheesecake. Careful when you put the roasting pan in or out of the oven - the water surrounding the cheesecake pan makes it very heavy 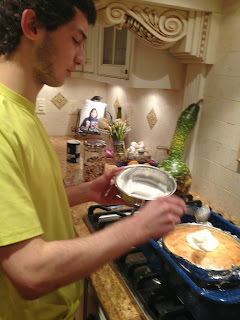 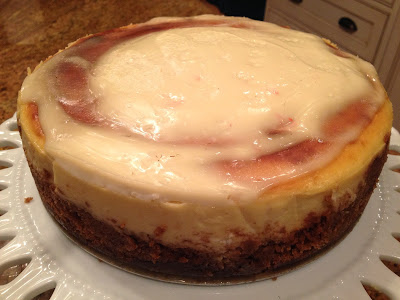 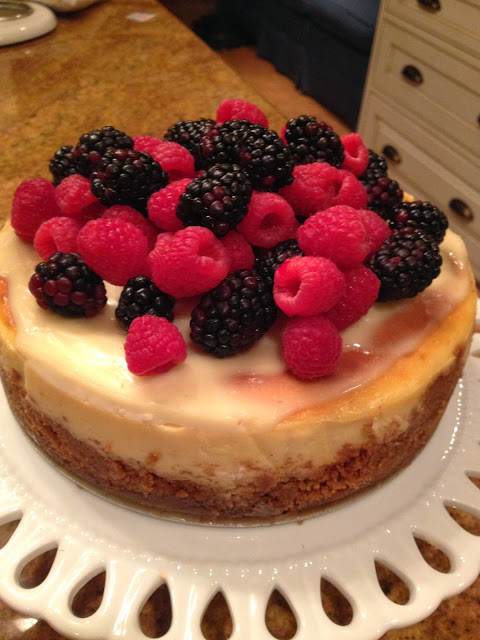 Viola! Here is the outcome of all that work, a perfect classic cheesecake with sour cream and fresh berry toppings. 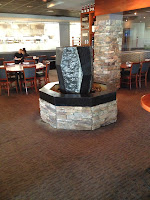 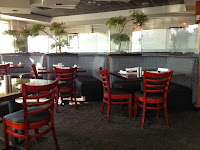 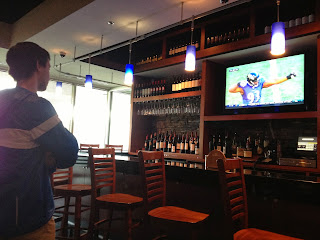 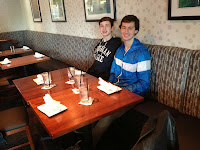 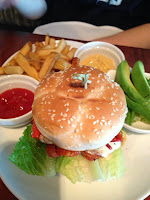 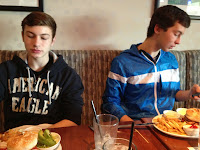 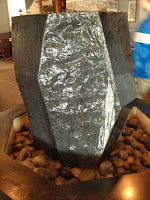 This is BIG, really BIG!

By far, this has been the most exciting week since we started our blog over two years ago. 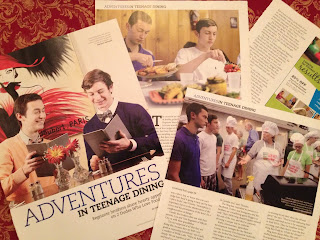 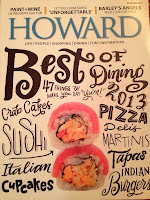 On October 31, Howard Magazine printed a four-page story about our 2 Dudes blog. Click here for the story. It includes pictures of us from a photo shoot at Lee Lynn's Restaurant (one of our favorites) and from our time as judges at the Howard County Iron Chef Competition.  Plus, the Howard Magazine reporter Cheryl Clemens was extremely nice and patient with us when she conducted our first big interview at our house.


To top things off, our story appears in the magazine's Best of Dining 2013 publication which is one of their most popular and well read editions.

When it seemed like the week could not get any better, it did. 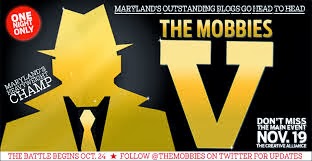 Guess who nominated us? None other than the veteran HoCo food blogger HowChow.  That's right, HowChow nominated us for a Mobbie award.  Mr. HowChow has been our long time supporter and "Blog"father.  He nominated us even though his own food blog is in the same category as ours.

This just blew us away.  He definitely gets our vote for  the "Coolest Dude" award  - and we think he'll get (and deserves) a Mobbie award too.

Then our teacher Mrs. Doff, who follows our blog, wrote on our Facebook page that she voted for us.  And my school newspaper teacher Mr. VW, who has his own Rus VanWestervelt blog nominated for a Mobbie, voted for us.

This has been a really crazy good week.

We are very grateful for all the support we have gotten from our community, teachers, mentors,  family and readers.

Voting for the Mobbies started this week and will continue until November 14.  Please consider voting for us, HowChow and our blogger friends such as Village Green/Town Squared, and  The Baltimore Diner.
Click here to vote.