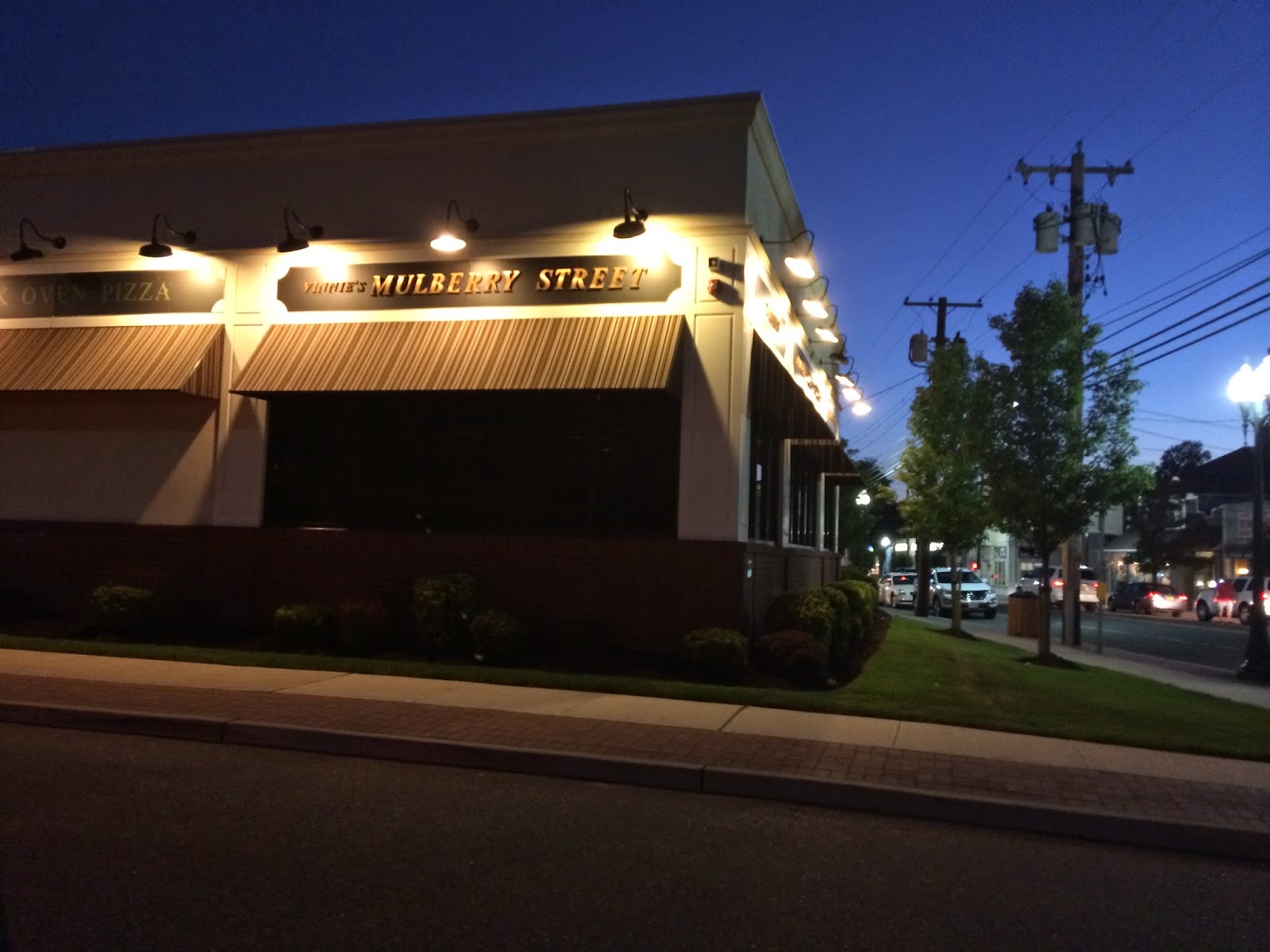 This summer, my family visited my grandparents in Long Island and they insisted on bringing us to one of their favorite restaurants, Vinnie's Mulberry Street in East Islip, New York. 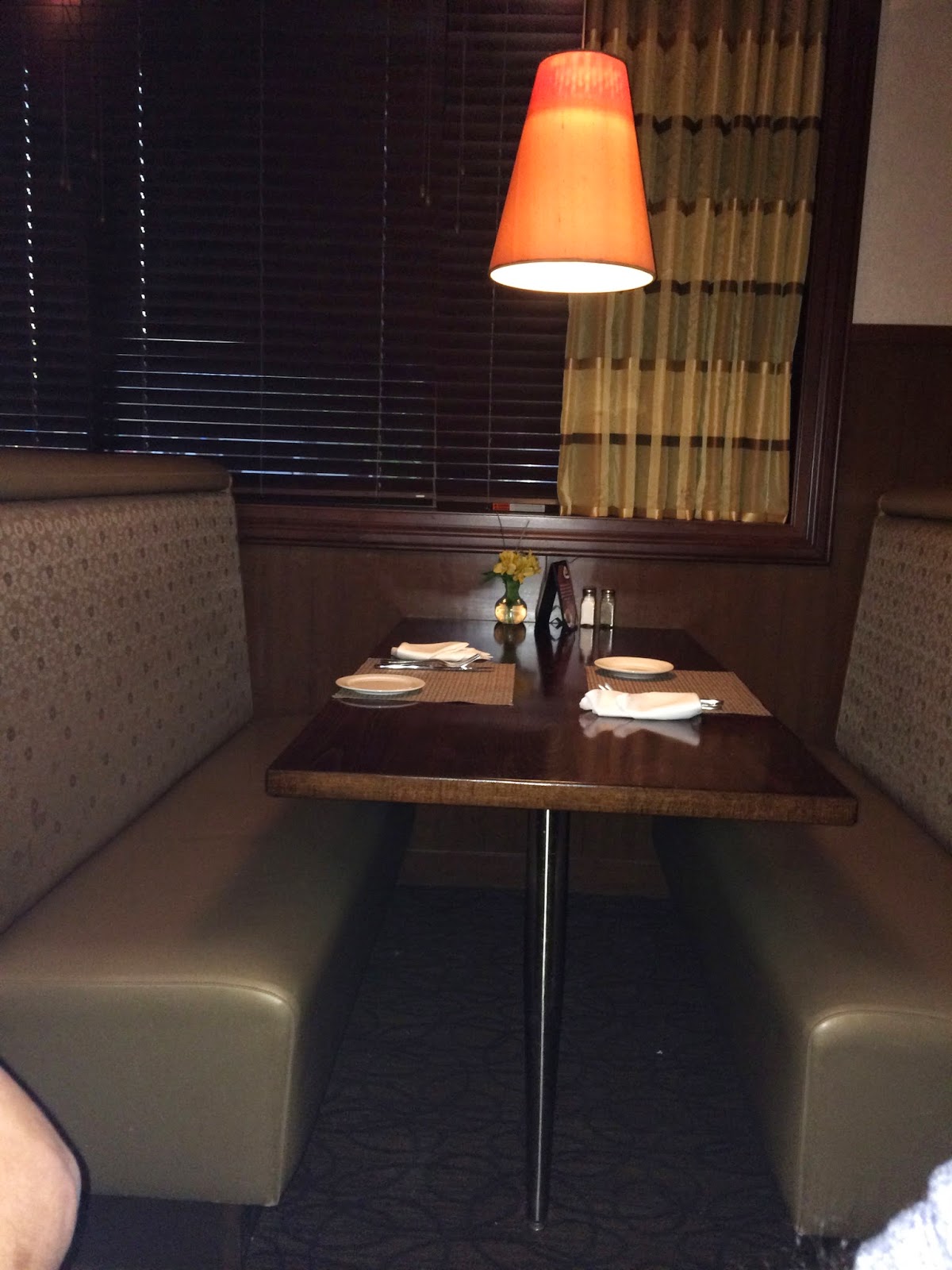 My grandfather said, "Charles, we need to bring you to this restaurant. The food is terrific!" 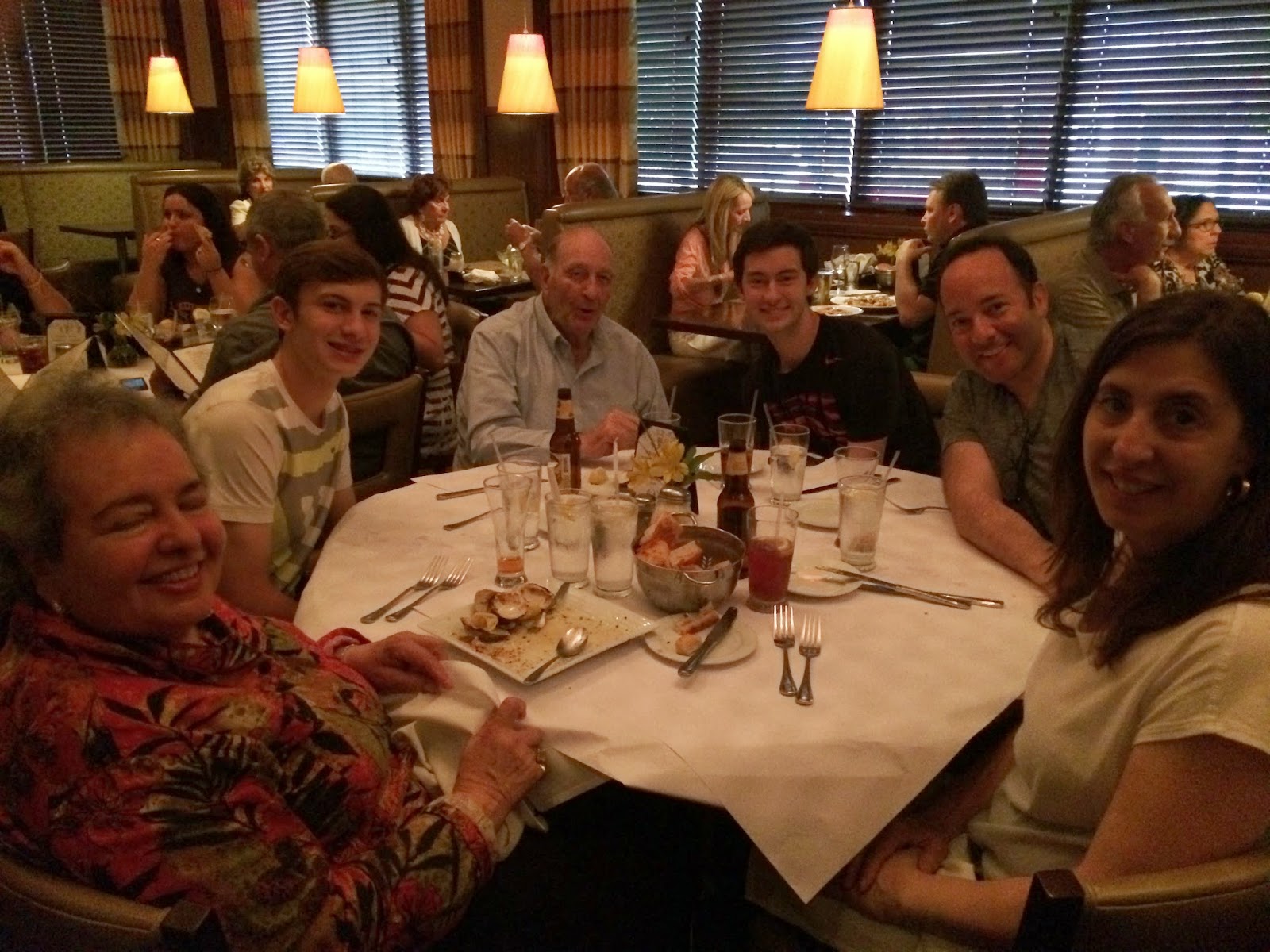 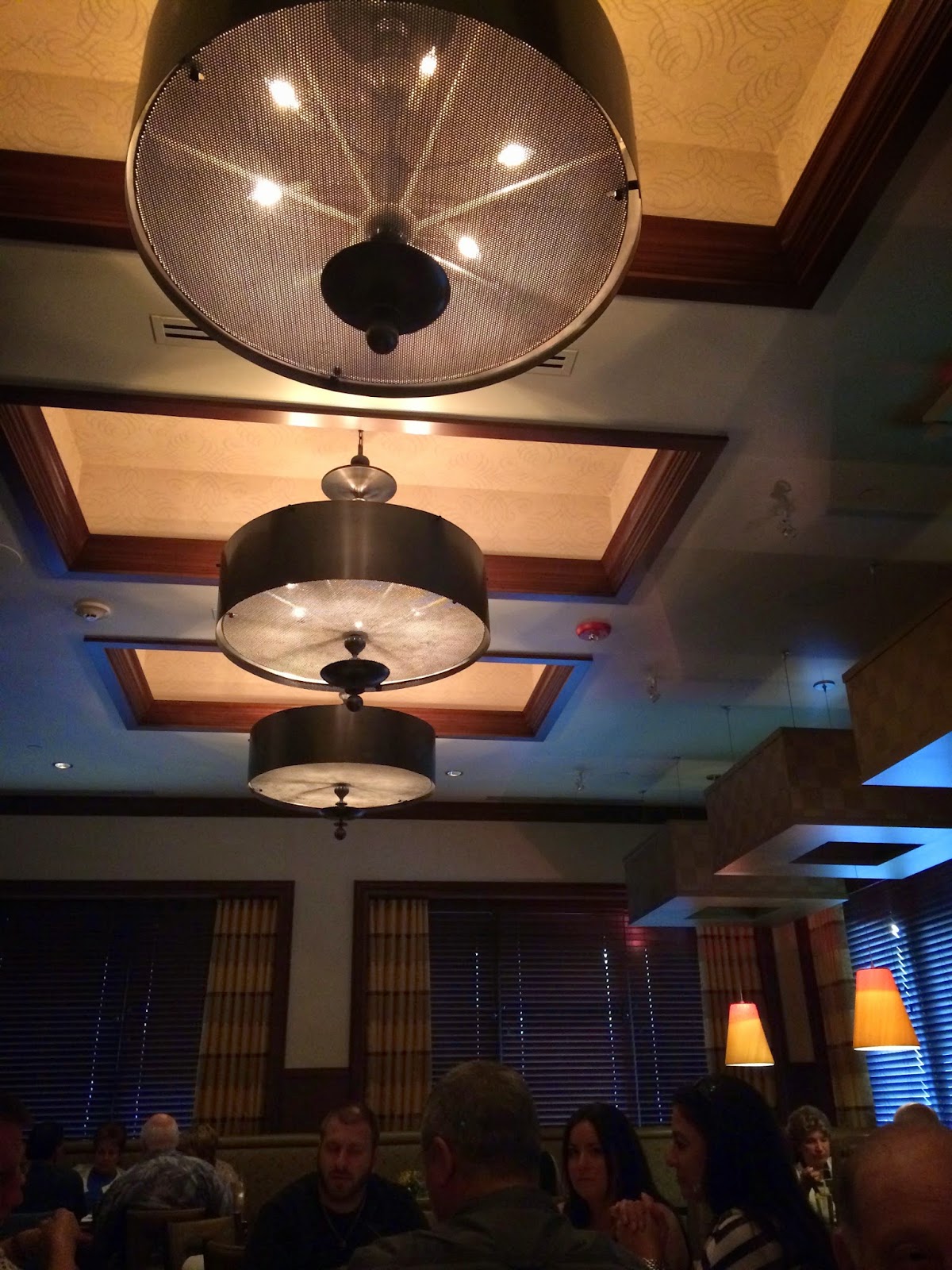 The dinning room interior has a modern but cozy feel that was evidenced by the glossy tables tops in the booths, sleek circular lighting fixtures and oversized, comfortable chairs. Very cool. 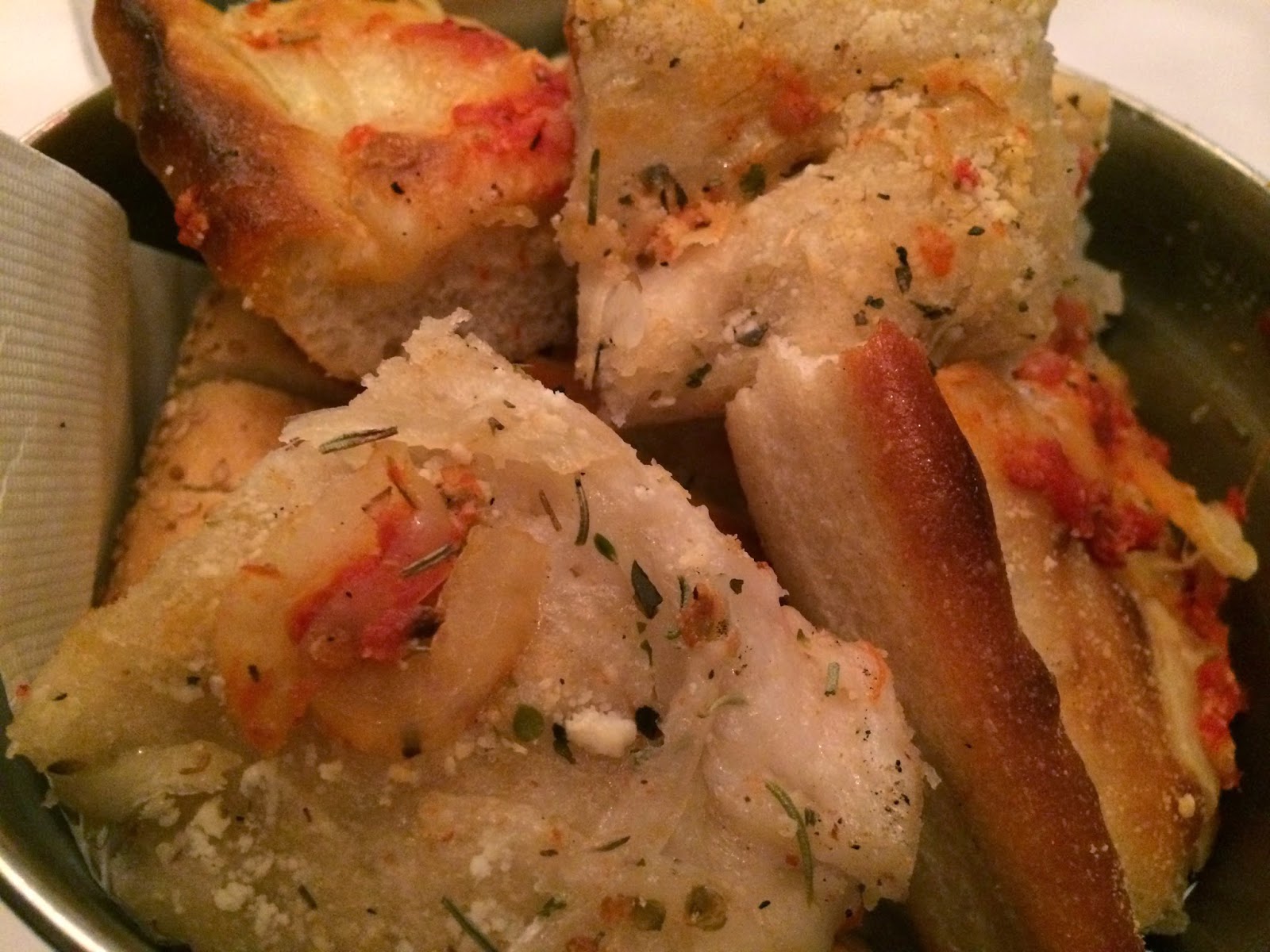 Shortly after we were seated, we received a basket of complimentary focaccia bread. The warm, melt in your mouth focaccia bread coupled with our entree salad could've been a meal by itself. 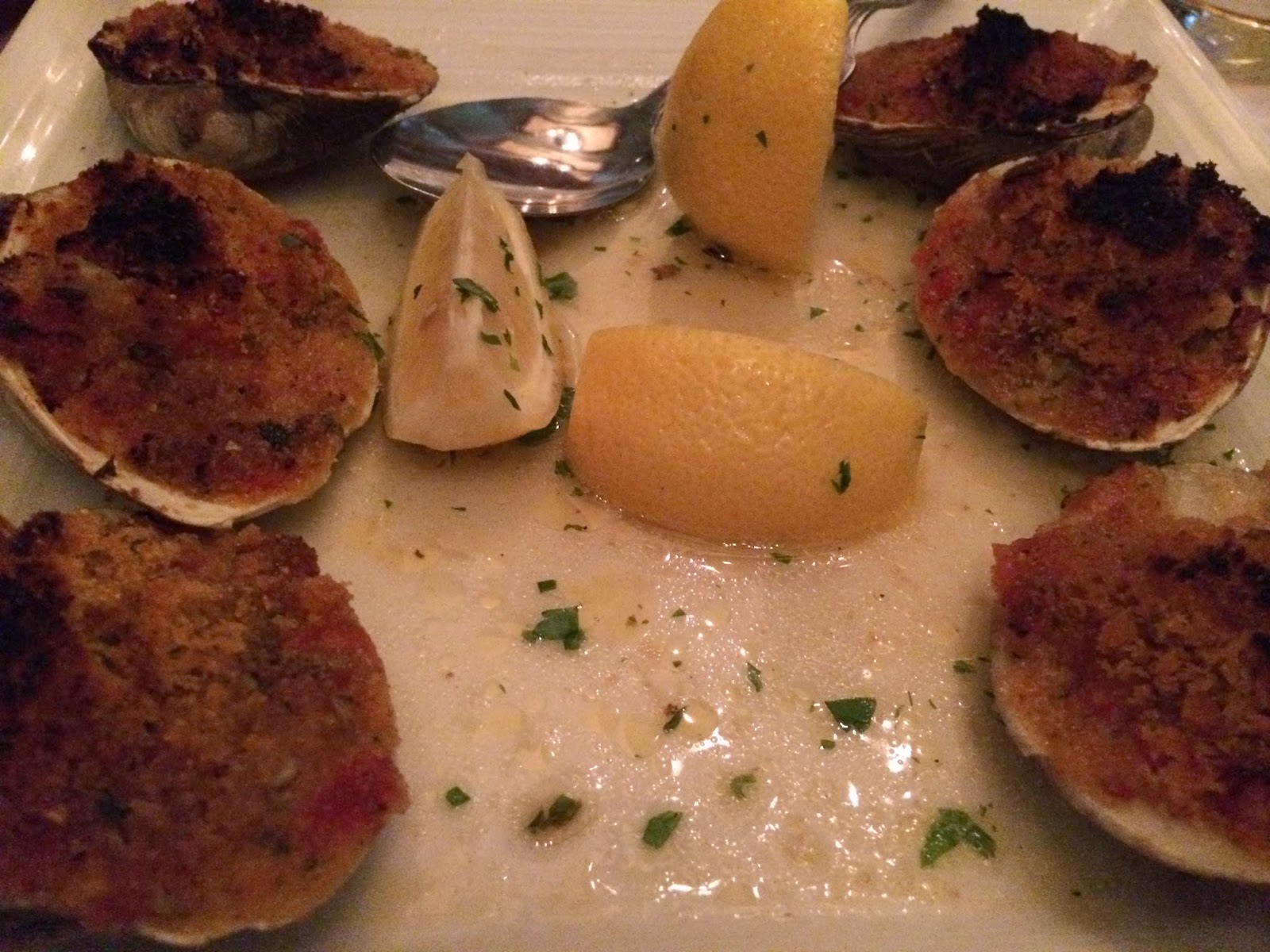 For an appetizer, our grandparents ordered Clams Casino (baked clams topped with pancetta and red peppers). They order this dish every time they come to the restaurant without disappointment. 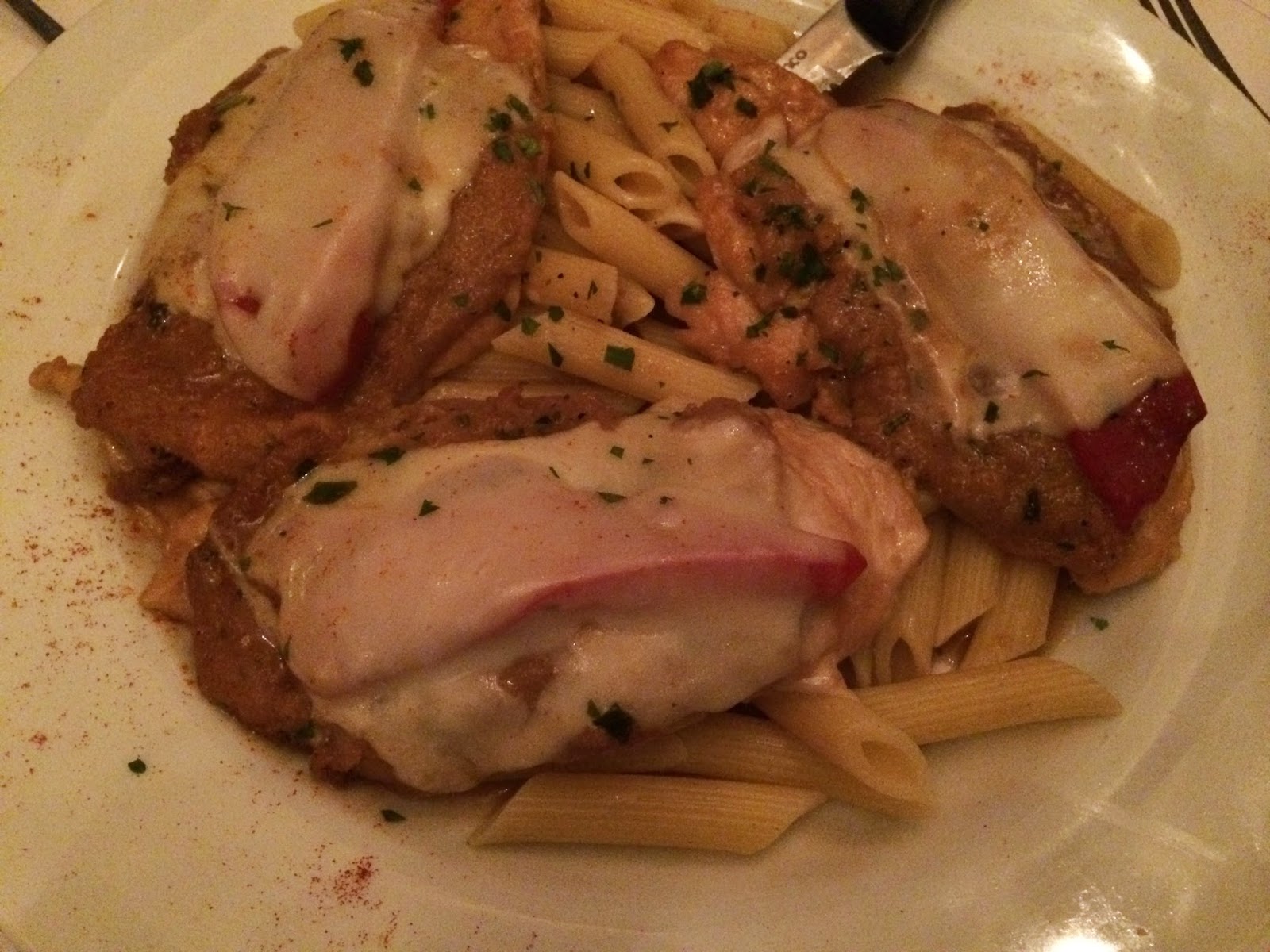 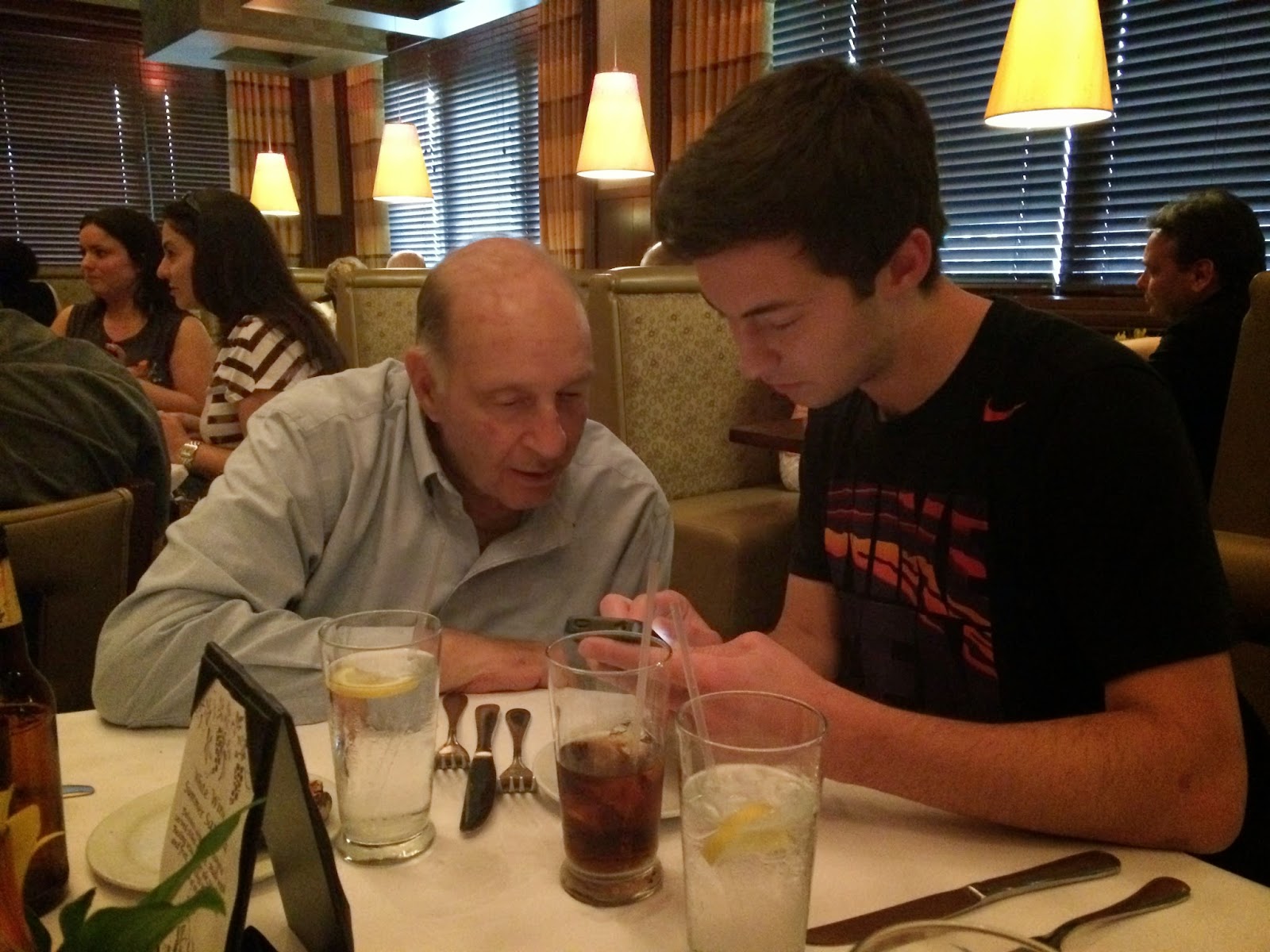 Our entrees came out hot, quick and each one was more than a generous amount of food.

My brother ordered the Chicken and Eggplant Marsala with penne pasta- chicken breasts topped with eggplant, roasted peppers, and melted mozzarella in a Marsala wine sauce. This twist on a traditional Chicken Marsala was clever. The only thing Thomas would change is to ask for more sauce and mushrooms.


My grandfather tried the Train Wreck Lasagna special. It looked like a deconstructed lasagna. Another interesting twist on a traditional favorite. This was one honking piece of lasagna- ample pasta intertwined with sweet sauce, gobs of seasoned ricotta cheese, grated cheese and spices. Let's just say grandpa went home with a doggy bag.
My mom and I were in the mood for seafood and ordered the Pan Seared Salmon. The sweet and creamy texture of the orzo pasta, infused with fresh chopped asparagus and grated romano cheese, was a great compliment to the saltiness of the tender salmon.
Dad ordered the Shrimp Scampi - jumbo gulf shrimp covered in seasoned bread crumbs atop a sea of penne pasta with scampi sauce.  He enjoyed the dish, especially the shrimp, but it was heavy on pasta. Next time he would ask for to add sauteed spinach or broccoli to the dish or as a side. 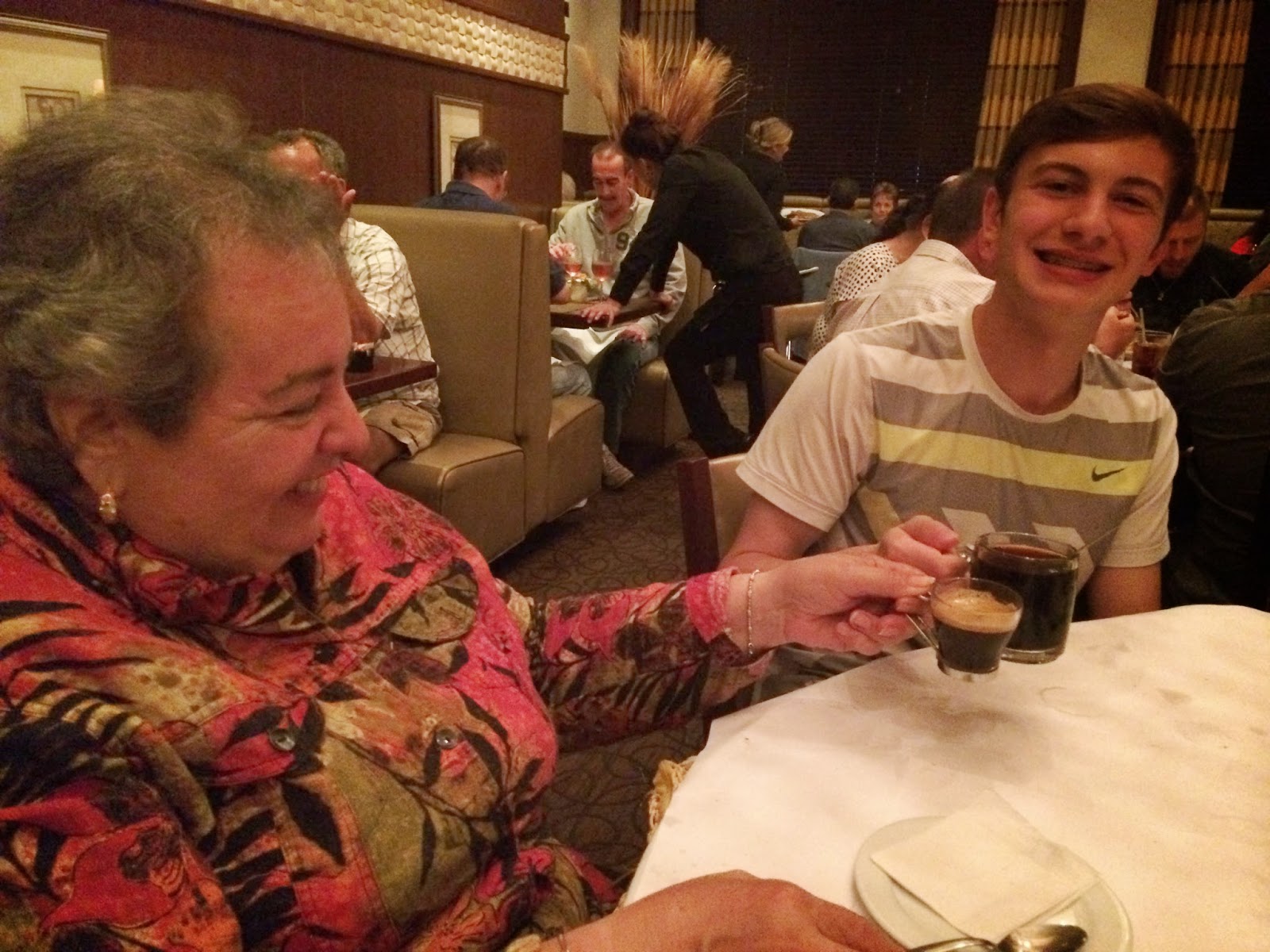 I'm not sure how any of us had any room for dessert but I'm glad we ordered it. True to the sizes of the other dishes, the 7 Layer Chocolate Cake was huge. Thankfully it was served with several forks to share. The cake was as good as it looks - fudge-like cream nestled between dense chocolate cake, topped with whipped cream and drizzled chocolate sauce. I'd come back just for the cake.

For dessert, my grandma ordered an espresso while my parents ordered coffee. Thomas finished my mom's coffee, a New England Roast. He enjoyed it so much that he asked the owner about it, who described it as "robust not bitter." Thomas agreed.


My grandfather was right.  Vinnie's Mulberry Street has terrific food.  The location is great too. For locals its conveniently situated in the middle of Long Island with its own parking lot.  For people traveling from NYC to the Hamptons, the restaurant sits on a major road, Montauk Highway (the East-West road that extends from Montauk to Amityville on the South Shore), which is approximately the half way mark between the two destinations.