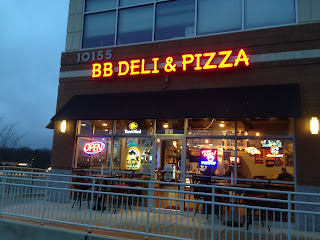 Beef Brothers Deli just relocated to Ellicott City location. You may remember this crowd favorite at its old location on Charles Street in Baltimore.  My friend Jack and I recently checked it out. 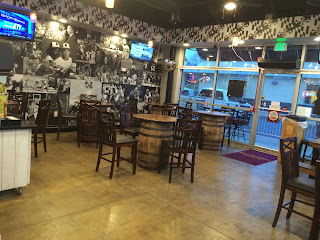 The moment I walked in I felt a sense of comfort: all the walls are covered with sports paraphernalia and five televisions illuminated the room. I could see this place as being a cool hangout spot for sports fans. 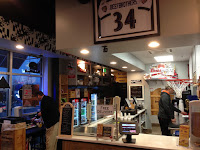 I will admit, I was a bit overwhelmed by all the various menu items. They have all the classic deli staples like sandwiches, wraps, salads, subs, and pizza. I had a hard time making up my mind. The owner stated that the best dish was was their burgers, so Jack and I tried them. 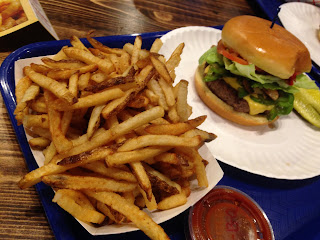 I selected the "how's your" burger with lettuce, tomato, onions, hot peppers, american cheese, green peppers, and mushrooms on a brioche bun with a side of regular sized fries. The most important aspect of the burger is the patty, so let's talk meat. The patty was just 6oz, but was juicy, succulent, and well cooked. All the toppings  blended in with one another and produced an overall diverse texture: the patty and tomato were soft, the lettuce created a crunchy texture, and the cheese produced a gooey feel. My only gripe with the burger was that the menu only had one size for burgers. I would have liked to ordered a larger size. 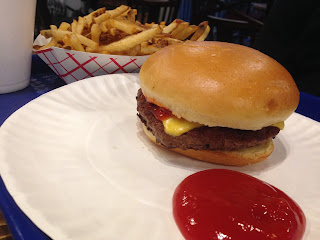 Jack decided to be original and ordered the same "how's your" burger and regular sized fries, except just american cheese and ketchup as toppings. Jack did concur with me about the portion size issue, but he dissented regarding the patty. Since his burger was less abundant in toppings, he thought that the patty was average because the flavor of the meat was too subtle for his liking. This isn't a problem for me because I loved how the subtleness was able to blend in and compliment the other many items on my burger. 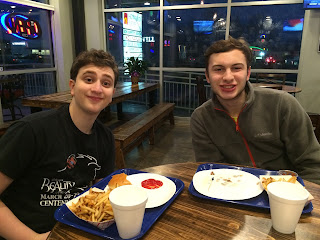 Even though Jack and I have some differences about the food, we wholeheartedly agree on how amazing the fries are (so good that they have their own paragraph). Unlike the burger, the fries don't share the small portion issue. In fact, they're huge for a "regular" size. Each fry is thin, long, and crispy. If you still doubt me, just look at the picture. What do you see? Well I'll tell you: golden-brown goodness cooked to perfection. Boom!

Overall, Beef Brothers is a cool, new spot for anyone who loves the primarily meat-based cuisine of a deli. Jack and I are looking forward to coming back and trying other items. See you soon Beef Brothers!

Posted by Unknown at 4:36 PM No comments: