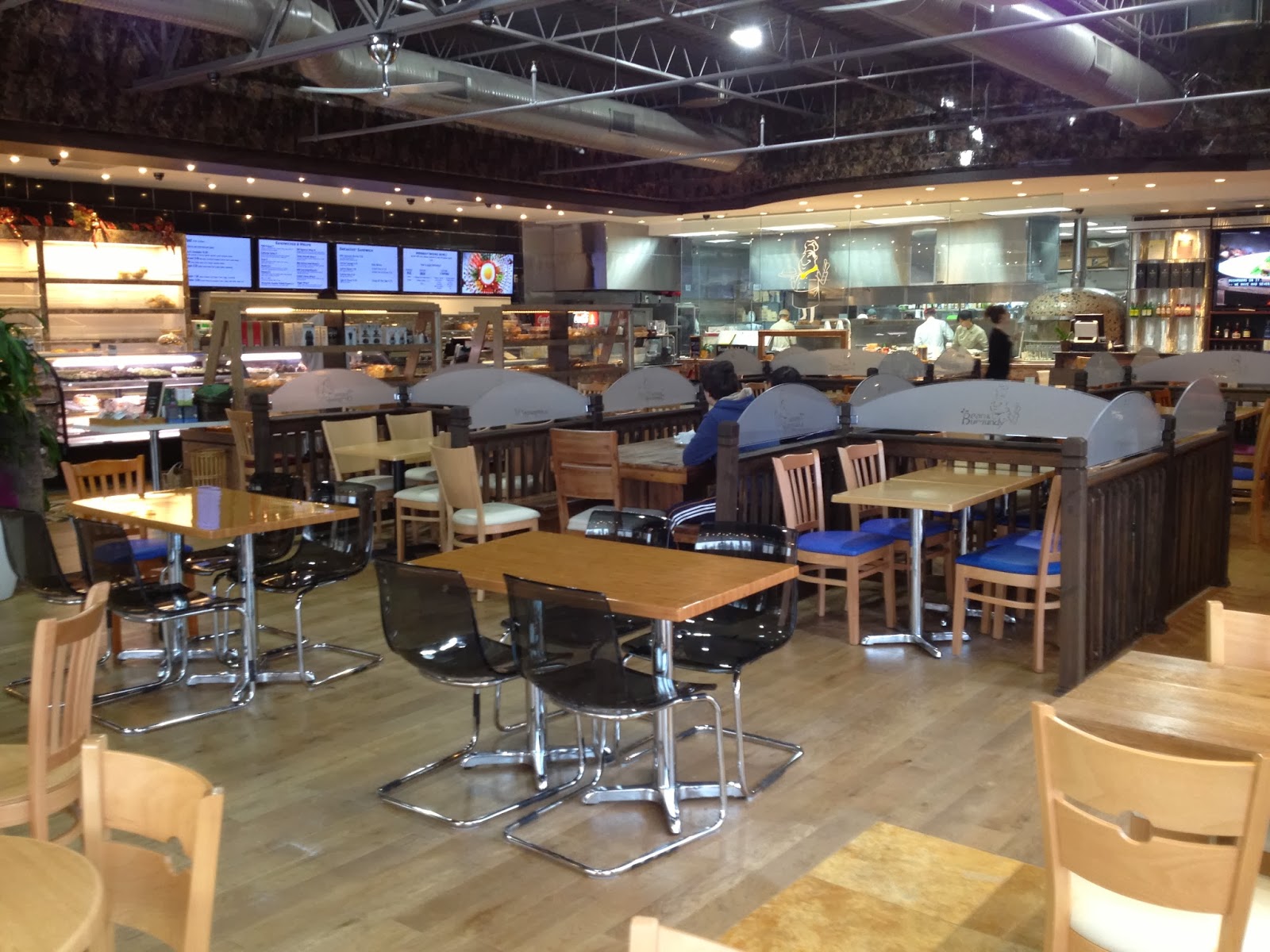 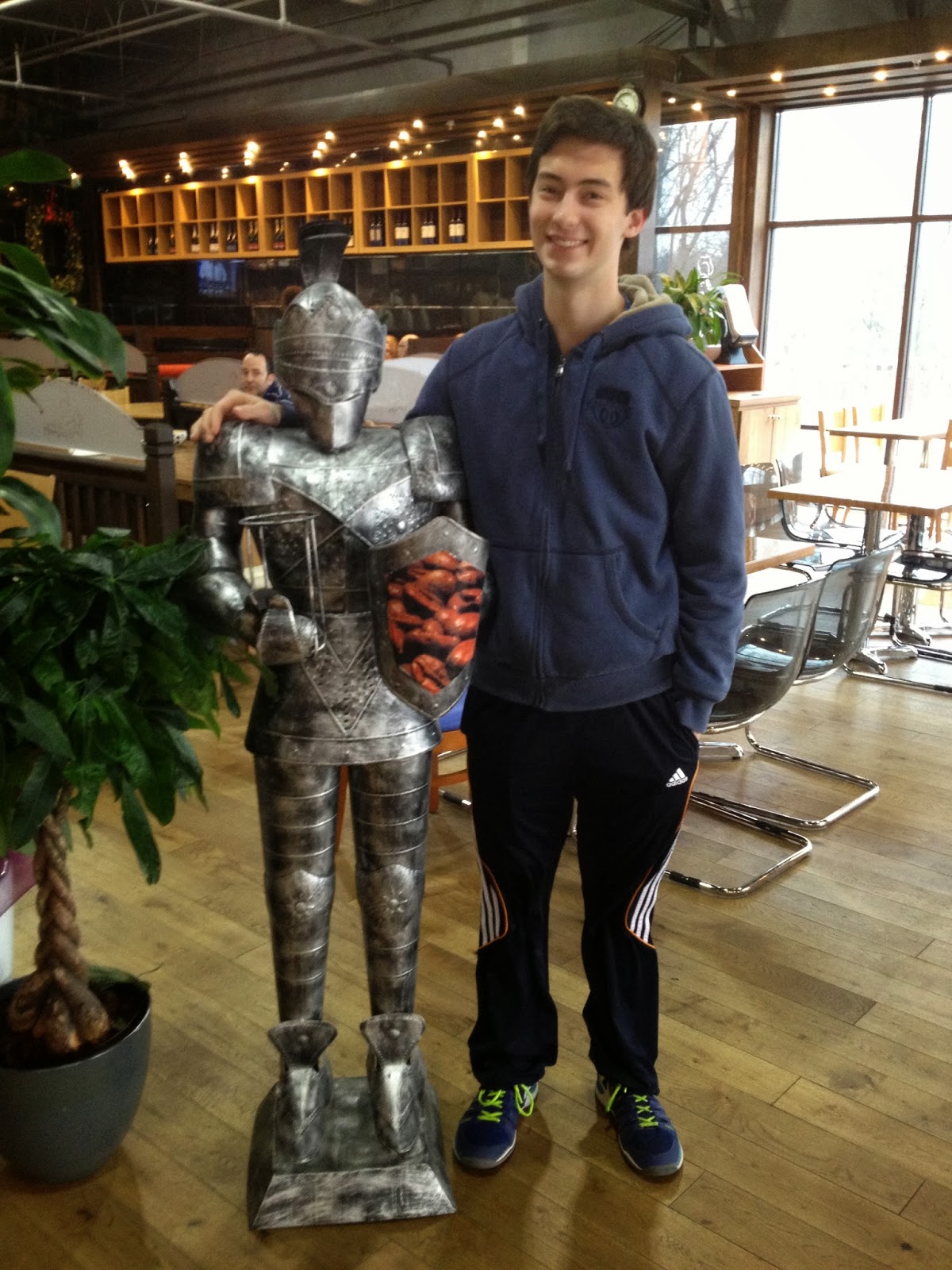 My family (minus Thomas who was away on a school trip) ate breakfast on a Saturday morning at the new Bean &Burgundy Bread Restaurant in Ellicott City.  The first thing that struck me was the enormous open feel of the place  - high ceilings, various seating (booths, tables, single window seats) and an open kitchen with a floor to ceiling glass wall.


When we entered, we noticed a hostess stand (next to a giant knight in shinning armor). There was no one there (the hostess arrived later) so we were a little confused about where to go first.  But we figured it out by walking passed two enormous dessert glass cases to the ordering counter. There we viewed the breakfast menu posted on wall mounted flat screen monitors.

The only thing that wasn't posted on the menu monitors were the drinks. That was posted on menu boards behind the dessert counter. There were a huge variety of hot and cold drink combinations to choose from. 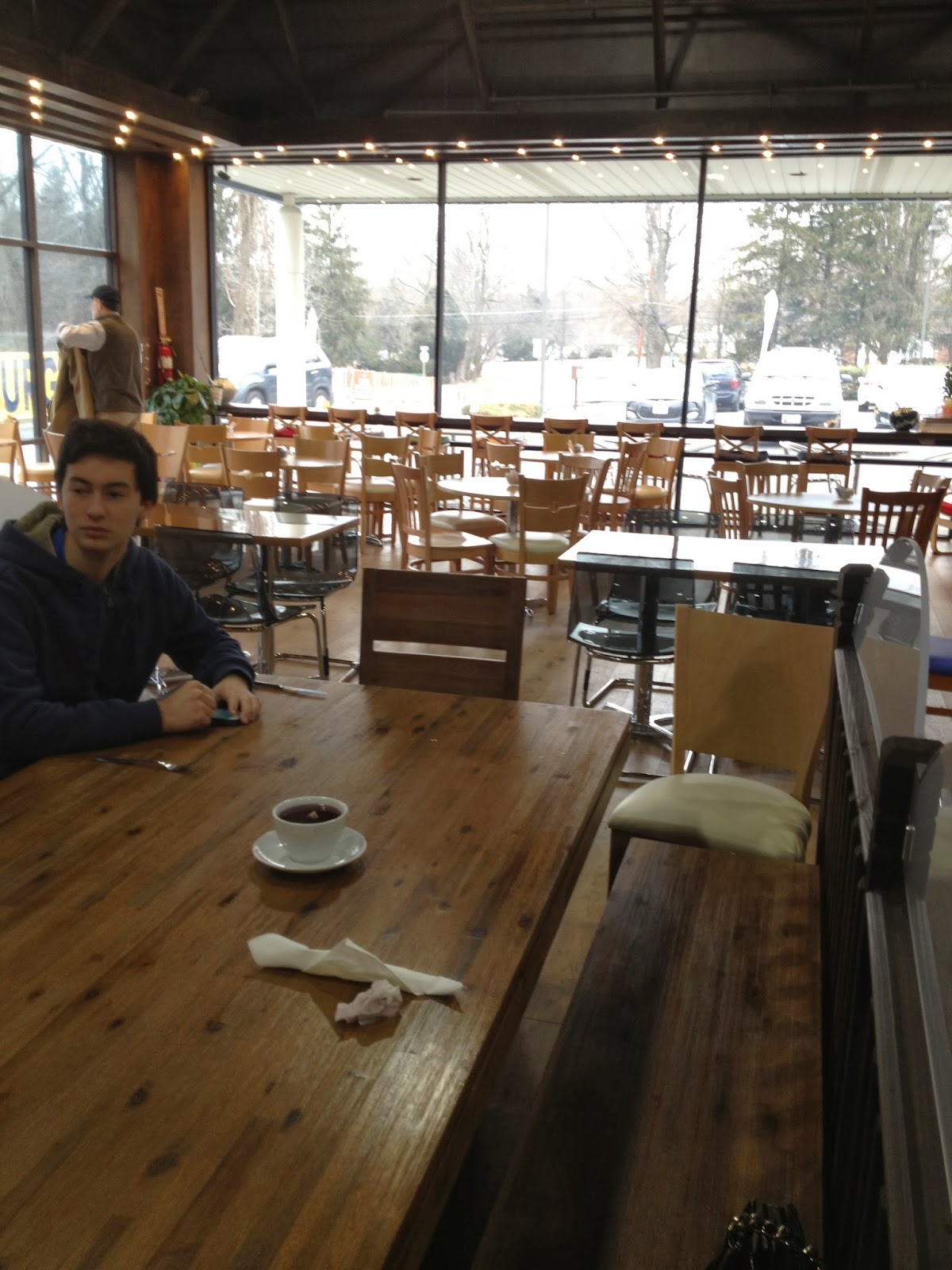 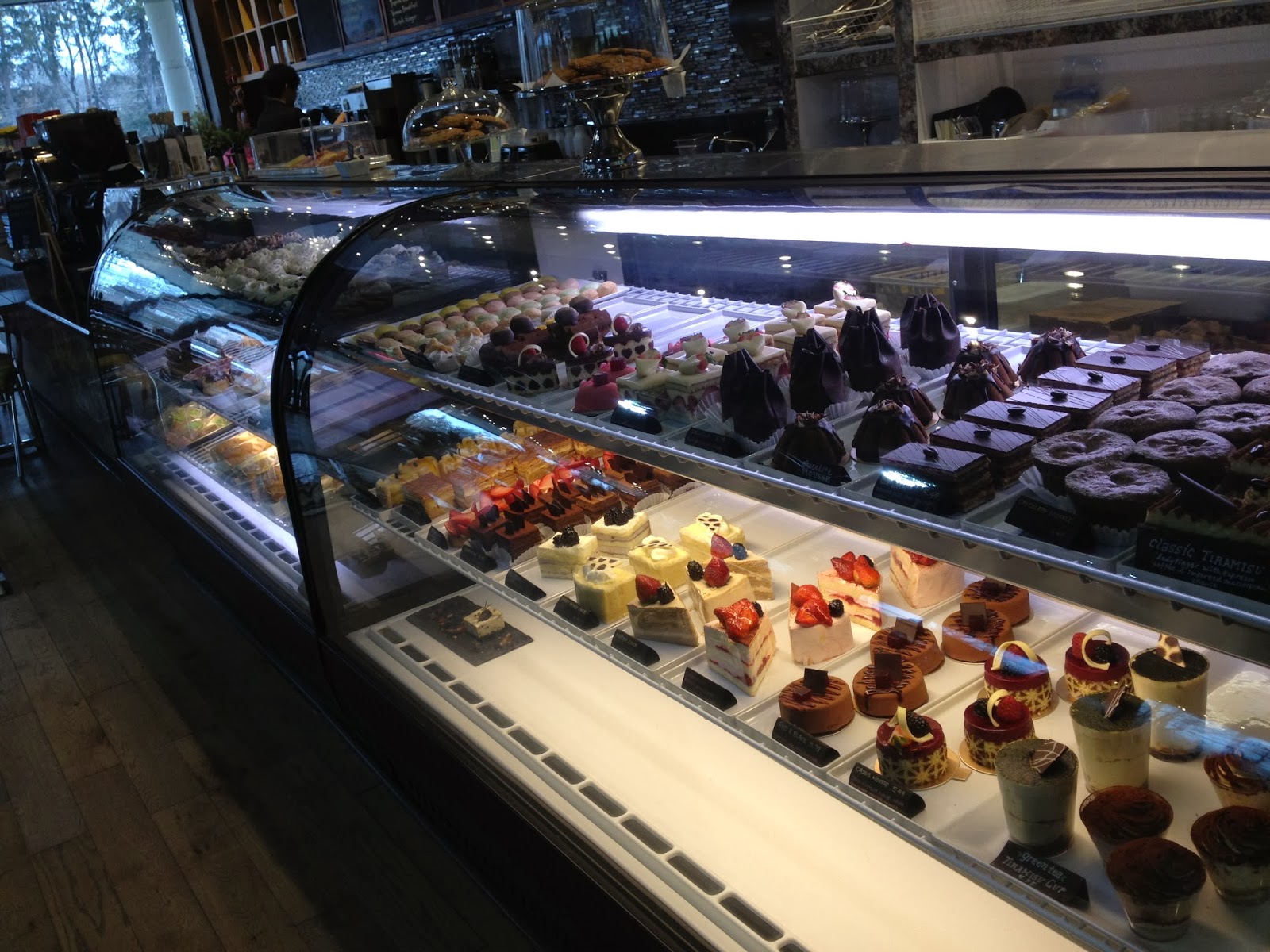 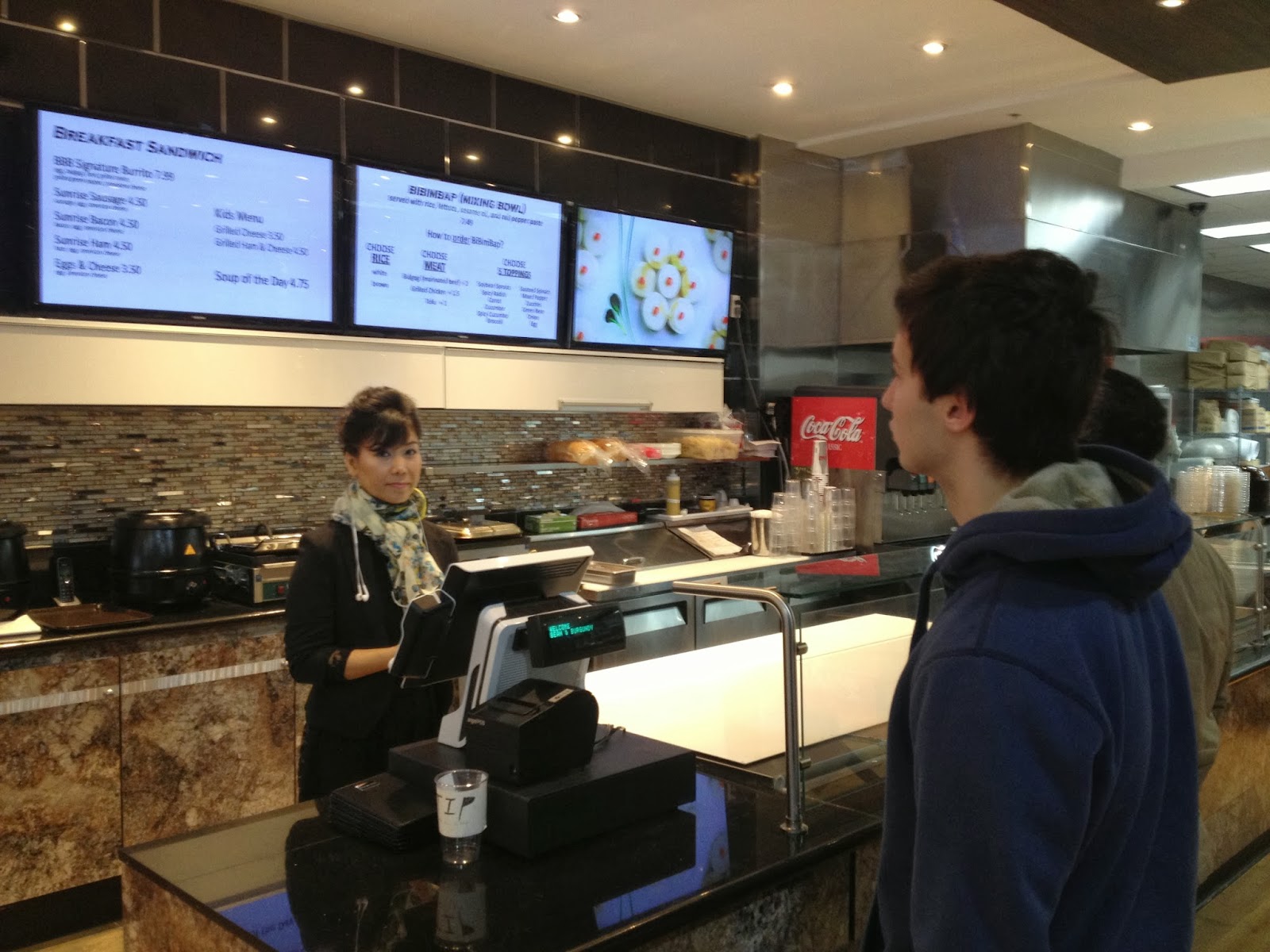 After we placed our order and found a table, I checked out what was happening in the open kitchen. I thought they must be proud of their kitchen if they're willing to showcase it to their customers. It was very cool that I could watch my meal being prepared. 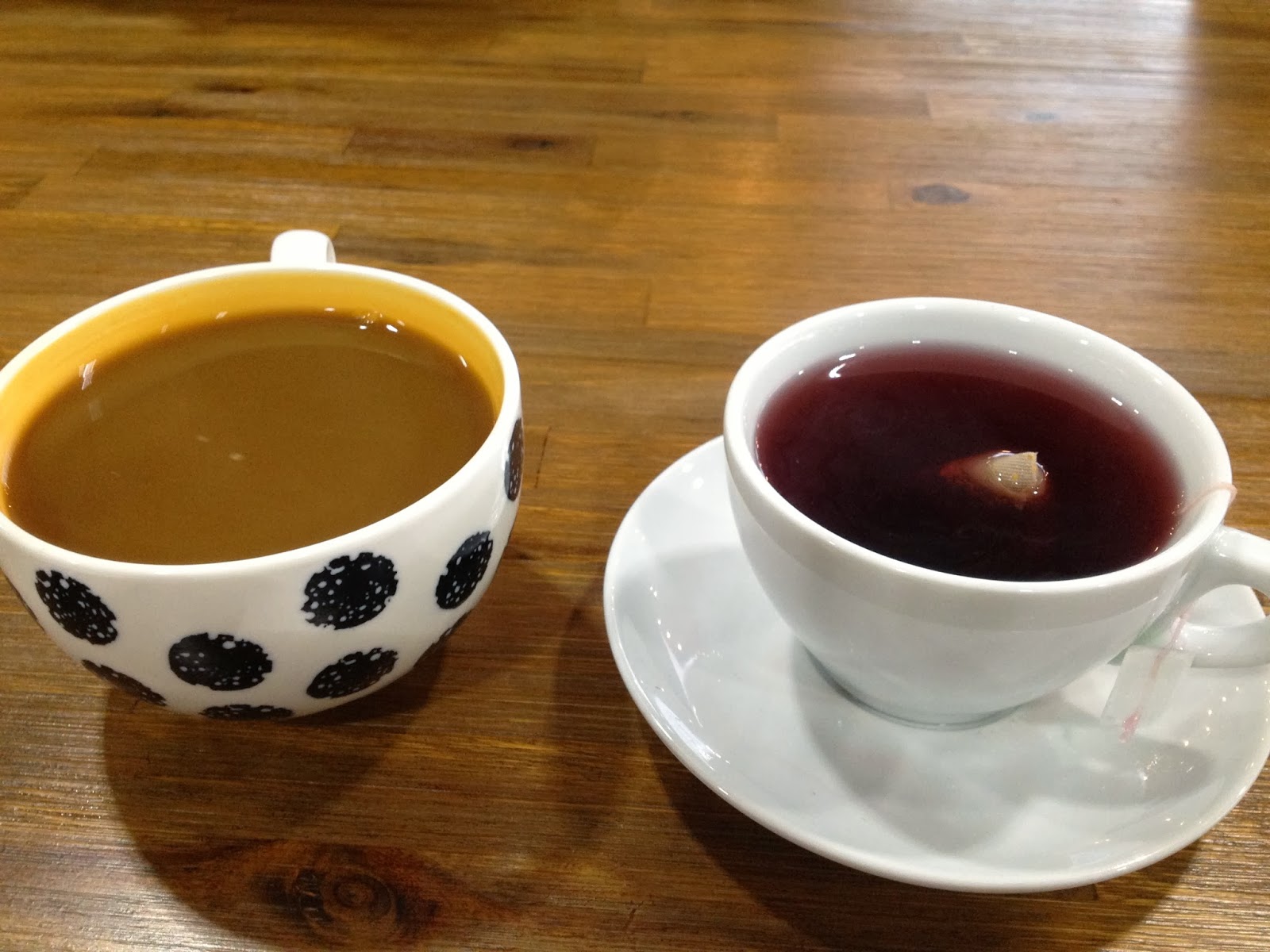 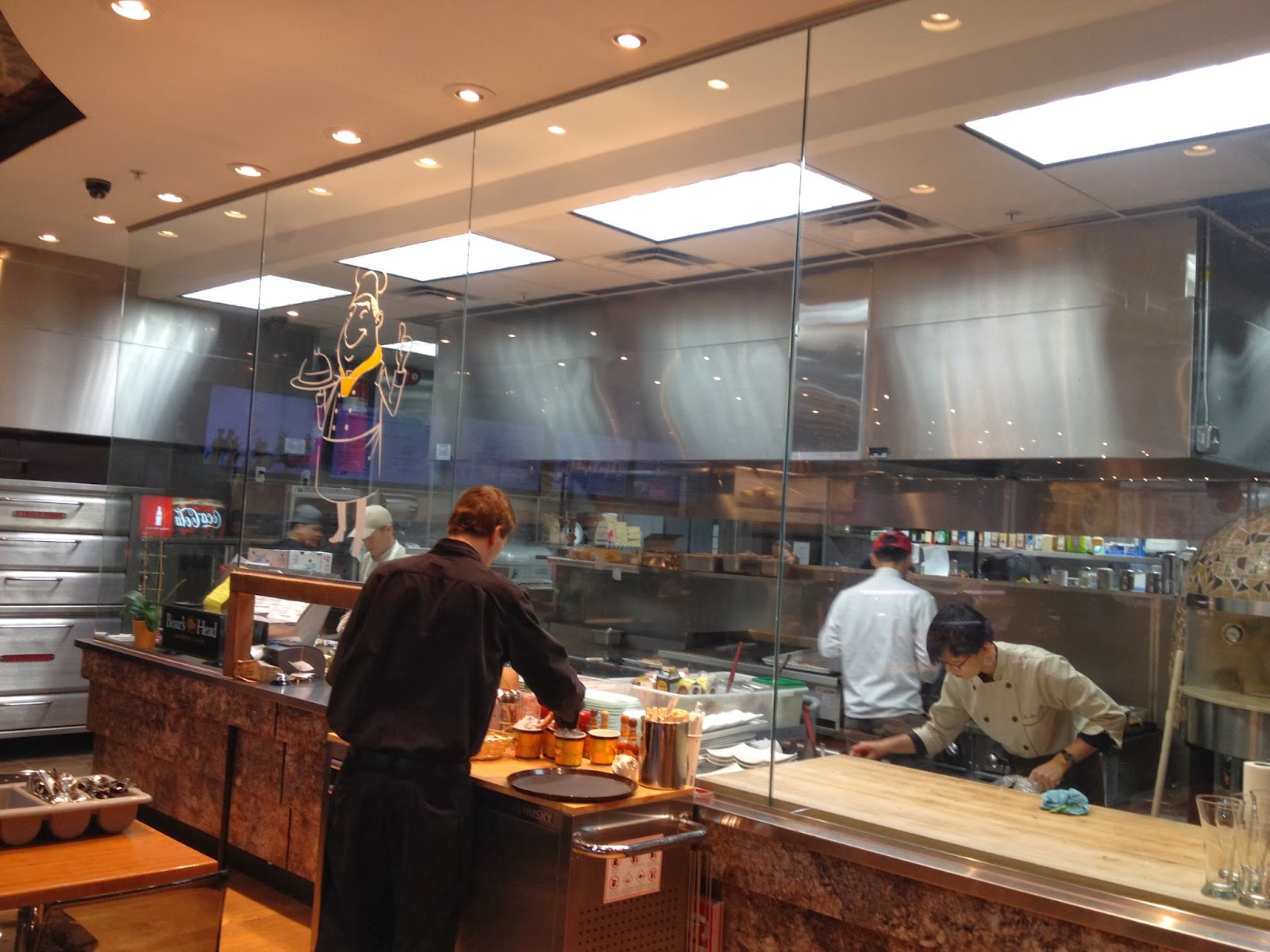 Before I got back to my table, my dad's coffee and my mom's tea arrived in big oversized cups. My dad said it was one of the best cups of coffee he's had in a while. My mom liked her herbal tea too.

Then our breakfast arrived at our table.

My mom ordered the Signature Omelette - bulgogi beef, zucchini, mushroom, spinach, eggplant, carrot, and provolone. She normally doesn't order meat with an omelette but since the bulgogi is featured prominently on their lunch menu, she decided to try it. She LOVED it. The Asian spices in the thinly sliced beef and vegeatbles created a nice balance with the egg.  The omelette was accompanied by average homefries (needed more oil, butter or onions) and toasted bread but we had to ask our server for butter. 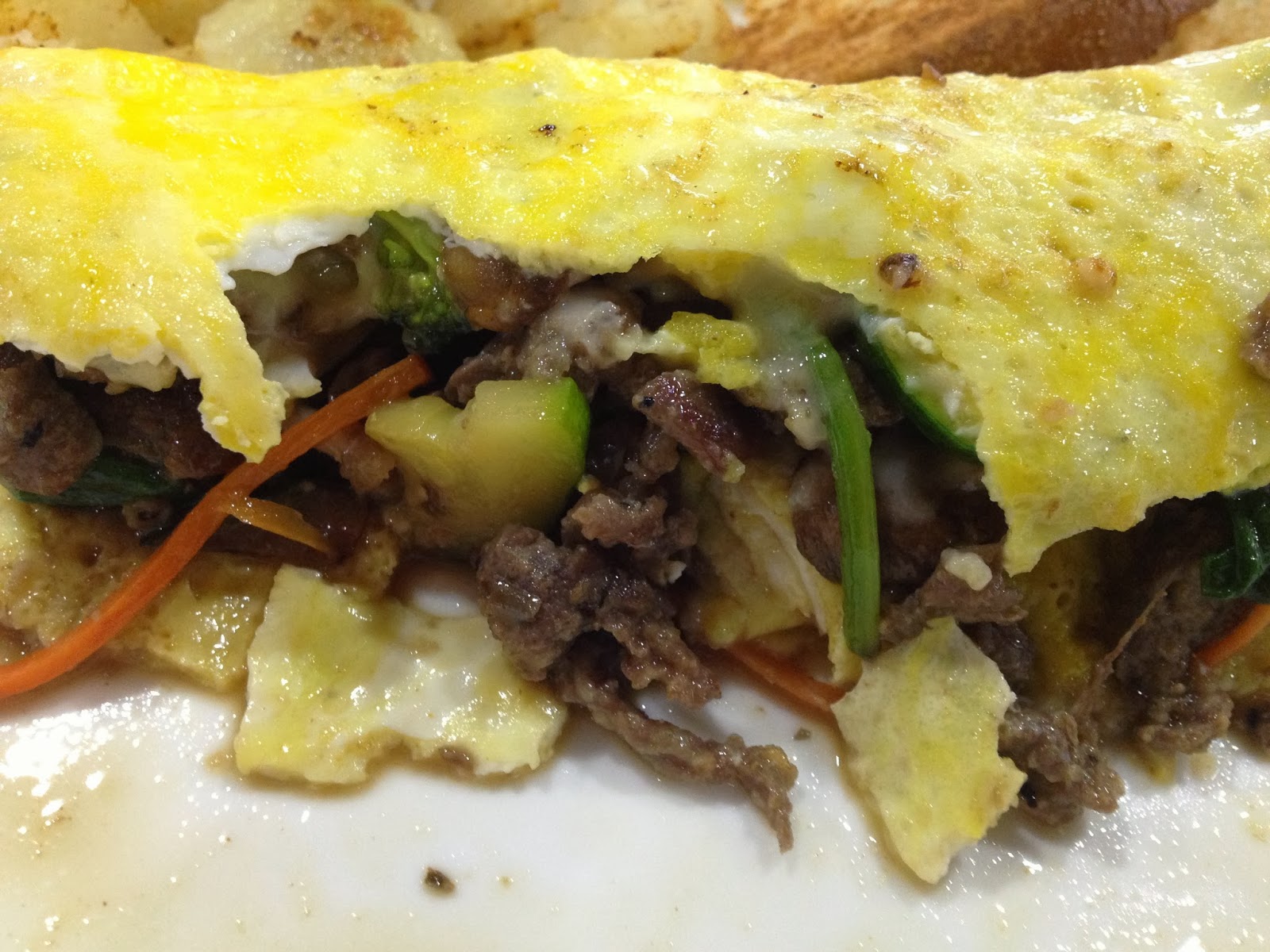 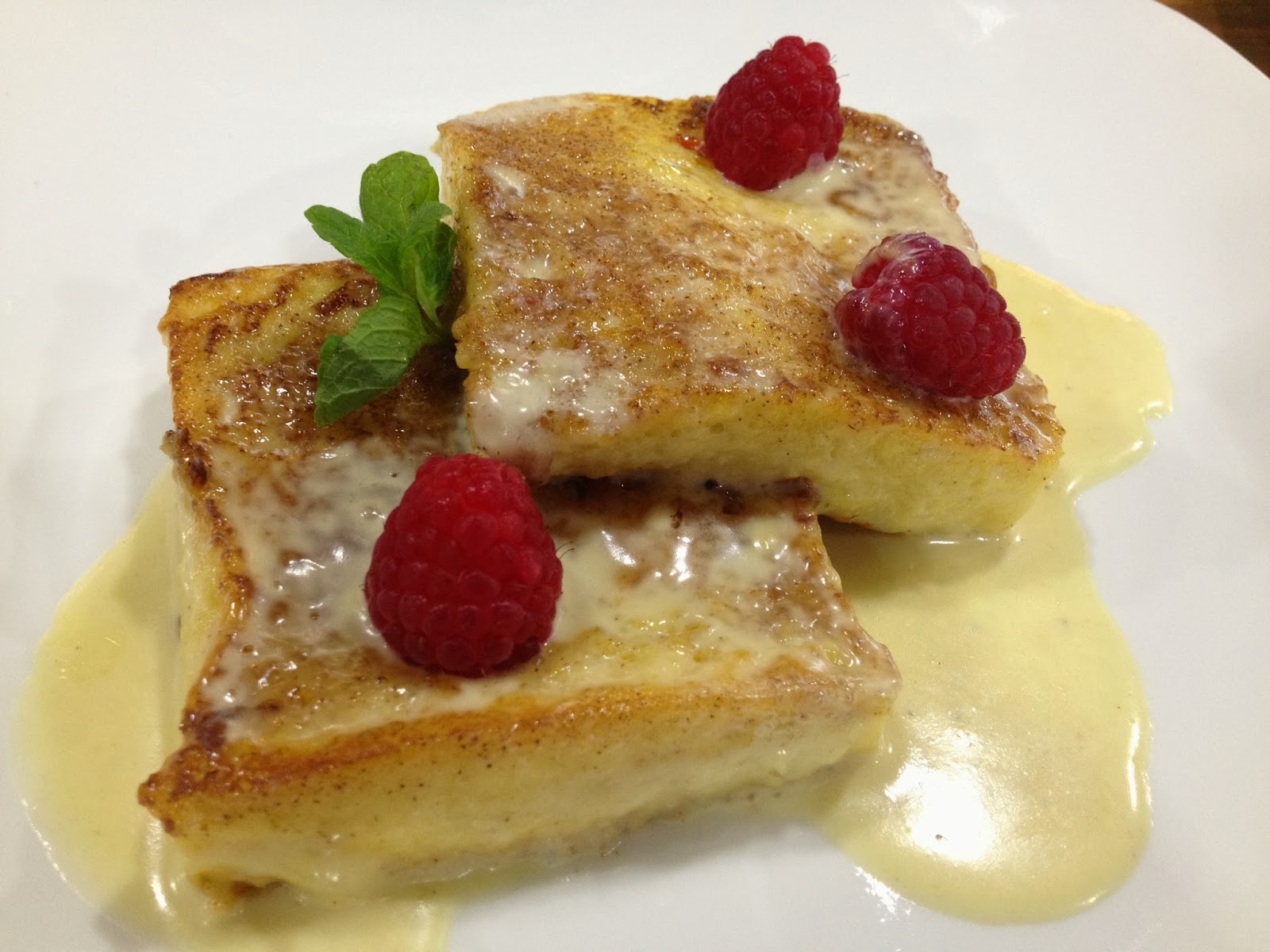 I ordered the french toast.  It's not on the menu. I saw it posted on Instagram and asked if it was available.

It was an experience in itself. The presentation of the french toast topped with fresh raspberries, a little spearmint, and the custard sauce was mouthwatering. The moist, soft, and rich texture of the bread coupled with the sweet custard sauce provided for one of the best french toast dishes I've ever had.

The only negative (and I mean ONLY) is this dish is on the smaller size.  I could have easily eaten two orders.

In addition to the french toast (I was really hungry), I ordered the sunrise bacon
breakfast sandwich- american cheese, egg, and bacon.

Both were good but could've used more flavor.
I think a bit of butter and seasonings would have made this sandwich moist and flavorful.


Overall, this restaurant is awesome.

The space alone makes it a really cool place to hang out in. We thought some of our dishes were home runs while others were just good. We will definitely come back to try lunch and dinner.